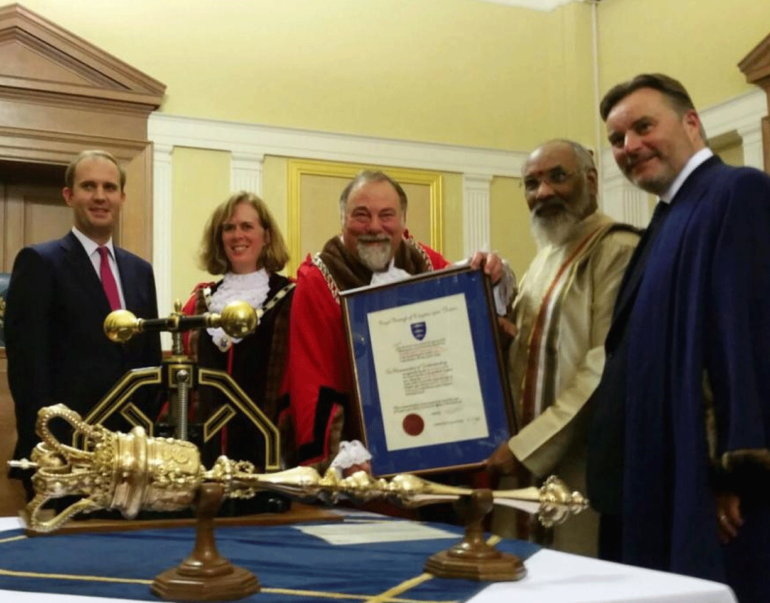 Join the Royal Borough of Kingston Upon Thames as they unveil the new sign marking the twinning of two cities – Jaffna and Kingston.

The United Kingdom is home to approximately 300,000 Tamils, with a large majority originating from the North & Eastern provinces of Ilankai/Sri Lanka and contributing to the economy and welfare of this country.

Tamil is now the second most spoken language in the borough of Kingston upon Thames which is the home for approximately 12,000 Tamils from 4000 families.

The Royal Borough of Kingston upon Thames has a rich history of community cohesion. It has a great track record of twinning with other towns to share ideas on the best approach to tackling our shared challenges. The twinning with Jaffna celebrates the large local Tamil community and recognises the important roles they play in the borough.

The Royal Borough of Kingston upon Thames has been twinned with Jaffna (Yalpaanam) on 18 October 2016. The Memorandum of Understanding was signed by Hon. Justice C.V. Vigneswaran, the former Chief Minister of the Northern Province in a historic event at the Council Chamber of Kingston Guildhall.

To commemorate this historic event a sign board will be erected near the Kingston boundary along Burlington Road, New Malden stating “ Welcome to the Royal Borough of Kingston Upon Thames – twinned with Jaffna”.

The unveiling of the sign will also mark Tamil Heritage Month which will be celebrated on 22 January 2022 in New Malden.

On behalf of Kingston Borough Council ,the deputy leader Cllr. Tim Cobbett and the BAME champion Cllr. Thay Thayalan are co-ordinating this project with the Tamil community organisations. The Heritage Unit of Centre for Community Development and Tamil Information Centre along with The Kingston Institute of Tamil Culture, Surrey Tamil School and New Malden Tamil School would welcome your support to make this project and celebration a success.

All funds raised will be passed to the charity irrespective of whether the target is reached, not reached or exceeded. 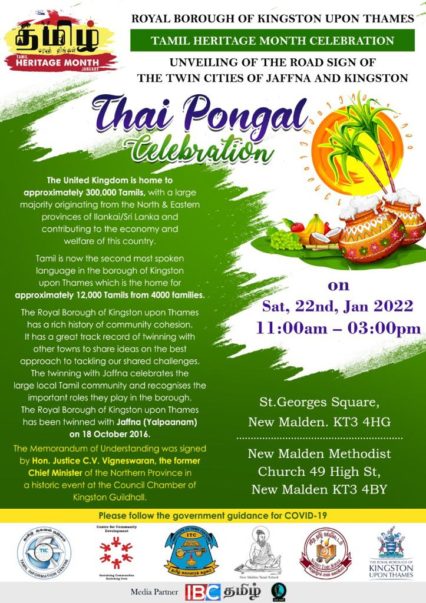