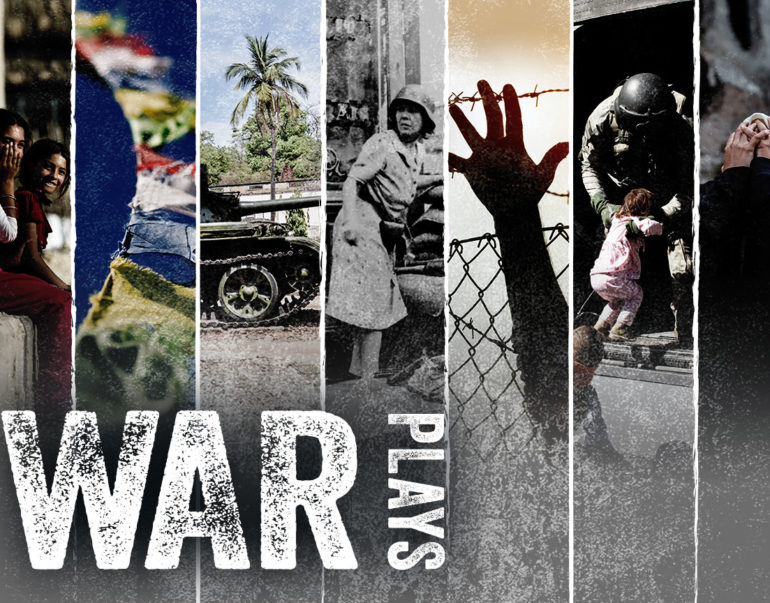 WAR Plays has been developed to mark the 70th anniversary of the signing of the Universal Declaration of Human Rights after the Second World War.

Two events at the festival will be focusing on Sri Lanka.

After being tortured during the Sri Lankan conflict, Krishnaveni has begun a safe new life in the UK. Here she must live with the stigma of being an asylum seeker and the lingering effects of her experiences. This topical new play is based on real life interviews and stories from victims of torture.

Nimmi Harasgama
Nimmi is a Sri Lankan writer of Sinhala & Tamil parentage. She has worked as an independent documentary maker and a scriptwriter on Young Asia Television, a weekly pan Asian TV show based out of Sri Lanka. She was commissioned by Tamasha Theatre Company to write a one-person show for a character, Auntie Netta, an unassumingly funny asylum seeker from Sri Lanka, who tells the bawdy, observational story of her arrival in Britain. The one-woman show was also produced by Tamasha and was performed at various theatres in London and at the Edinburgh Festival. Nimmi has also worked as a theatre practitioner using theatre for rehabilitation with children affected by the armed conflict in Sri Lanka and also with people affected by the tsunami. She has worked with young adult refugees based in the UK through the Pan Centre For Intercultural Arts. She is currently a series regular on The Good Karma Hospital (ITV) and can also be seen in BBC/NETFLIX show Requiem. My Homemade Kite was initially developed through Kali’s Talkback writer development programme.