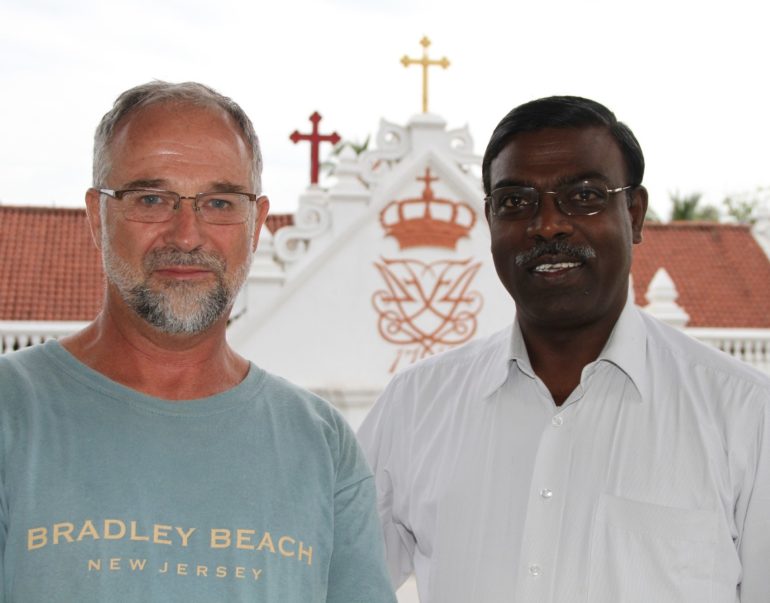 The 2013 film tells the story and contemporary legacies of Bartholomaeus Ziegenbalg (1682-1719), who was part of the first Protestant missionary team to arrive on the Indian sub-continent in 1706 and is best known today for having established the first Tamil press in 1712.

German by birth and employed by the Danish crown, Ziegenbal and a colleague established the Danish-Halle Mission at Tranquebar (Tharangambadi) in what is now Nagapattinam District in the south Indian state of Tamil Nadu.  Ziegenbalg made the study of Tamil one of his first priorities and devoted his prolific 13-year career in India to a publishing, including numerous Tamil translations of Christian texts, Indological scholarship and educational material in Tamil.

The documentary was made at the request of Dr. Johnson Rethinasamy and relies on Indian commentators led by the foremost scholar on Ziegenbalg, Dr. Daniel Jeyaraj of Liverpool Hope University; Dr Brijraj Singh, Dr. G. Baskaran of Tamil University and Dr. Andrew Walls OBE. The story is told by Christians, Hindus and Muslims, in a manner that cuts across national and religious differences.

After the screening, Professor A. R. Venkatachalapathy, historian, author and translator from Tamil Nadu, India, Madras Institute of Development Studies (MIDS) will serve as discussant.  He is joined by Dr Ram Gidoomal CBE. The independent film producer and filmmaker, Christopher Gilbert, will have a Q and A. The discussion will be chaired by Dr. Stephen Hughes, Department of Anthropology and Sociology, SOAS.