British Tamil musician Susheela Raman recently announced that she had sung a Tamil song for her first Kollywood movie. The Tamil language film by Chennai based Balaji k. kumar is ‘Vidiyum Munn’ and the song is Penne which means Girl. Music for the film has been produced by Girishh Gopalakrishnan. 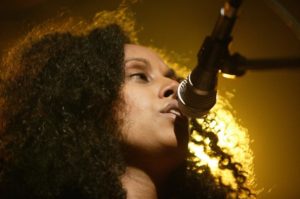 The independent musician whose parental roots are from Tamil Nadu in southern India has several albums under her belt. Based out of the UK, Susheela is influenced by world music, which can be heard in her songs which fuse genres including South Indian carnatic music, Jazz, Blues & Folk.