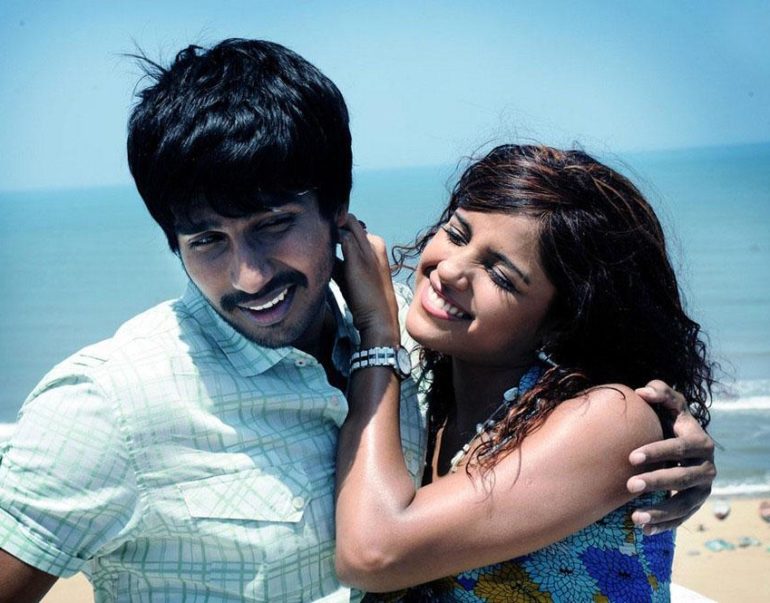 With the ‘Bale Pandiya’  soundtrack, New York born and raised Devan Ekambaram joins the list of singers (S.P.Balasubramaniam, Srinivas, Bhavatharini, Anuradha Sriram and Karthik) who have turned composers in Tamil film music. Devan is not new to composing though. His first was a Tamil pop album with SPB Charan, ‘Kamban Oru Kannile‘, which came during the Magnasound record label days. He then made a pop album ‘Mudhal Mazhai’ in 2006 with Harish Raghavendra and the Telugu album, ‘Cheppana Prema‘ in 2007. 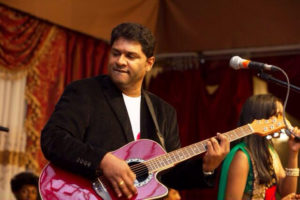 Composing for a commercial Tamil film and composing for a private pop album are totally different things and composing a sensible soundtrack that follows the template of one mass-punch (Kuthu) song, one item number, one Hip Hop track, two romantic melodies is definitely something else. Devan hits right strokes, chords and notes in one such film ‘Bale Pandiya’, that requires such an archetypal template of songs

The soundtrack opens on a high with instantly catchy booze-trance-dance number ‘Sirikkiraen’, in which, Naresh Iyer, Mano and Siva Chidambaram (son of yesteryear devotional singer Sirkali) seem to have literally enacted their lines behind the microphone. Despite following the standard Tamil Kuthu song template, it is a song that is cut above the rest because of the strong free flowing melody and also the interesting turn that it takes towards the end, to conversation in swarams – imitating the maddening climax of the classic ‘Neeyae Unakku Yendrum Nigaraanavan’ song from yesteryear Bale Pandiya. The son of Ghatam maestro,Vikku Vinayakaram, Uma Shankar adds more colour to the crescendo with his cool Konnakol (human beat-boxing).

‘Aaraadha Kobamillai’ and ‘Kangalae Kamalaalayam’ are beautiful melodies with elegant orchestrations, that showcase Devan’s maturity and originality as a composer. Devan manages to pack in enough surprises in these melodies. When the song started with a leisure melody on ‘Aaraadha Kobamillai’, I was expecting it to stretch for few more phrases but Devan quickly puts a comma ending with ‘Aruginilae Vaa’. These two melodies are made of such melody lines with unexpected commas, dots, dashes and exclamations in it. We can’t predict what instrument would follow or what genre of music would fill the next interlude. It is this surprise element that makes these songs, a unique listening experience. Kangalae gives us the smooth voice of Unni Krishnan after a long time and is like a Raagamalika (Garland of Ragas/modes), melodiously entwining.

There is ‘Ivan Thedal’ to fill in the spot of the indispensable Hip Hop number in a Tamil film soundtrack. Dr Burn’s rapping doesn’t aid to the track and is a little too reminiscent of his older work – I was expecting something more fresh from him, with his pioneering work in Tamil Hip Hop from Malaysia. The motif melody and the Veena filled interludes are tastefully done. Except for some eclectic instrumentation in the interludes, a catchy ‘Bale Bale Pandiya’ refrain and funny lines, the title track for this film is passable and probably blends into the credits.

The style of A Cappella is the last thing one would expect in a soundtrack that started off with a song like ‘Sirikkiraen’. It is a style which has no instruments, but uses the spectrum of the human voice to create harmony (notes in combination). We last enjoyed this style of music that uses pure layered voice in AR Rahman’s Raasathi (Thiruda Thiruda) and Please Sir (Boys) and this shows Devan’s mastery over Western music which works with harmonies, unlike Indian music which is traditionally melodious (notes in succession).

This song ‘Happy’, in which 20 singers with distinct voices and singing styles come together to sing an a cappella track about the happiness, the lightness and small pleasures of life. The song touches our senses like how a feather dances it’s way through a cool breeze, gently falling, then sweetly pinching ones skin. Though we tag it as a cappella, this song is like any other typical film song that comes with a main lead vocal, a rhythm layer, a bass layer and accompanying orchestral instruments but the difference here is that all of these layers are performed by human voices. In an age when every single song is packed densely with more and more layers of sounds and instruments, it is a great relief to listen to a song like this, without any sound gimmicks or glaring instrumentation.

Devan Ekambaram – I am HAPPY – Way to Go!

Words: “ursmusically” Suresh Kumar
Suresh is a Tamil music buff and a software professional. He is a fan of all forms of music – Indian film songs and background scores in particular. Though he has no formal training in music, he grew up listening to the music of legendary composers like Ilaiyaraaja and AR Rahman, which has helped him in develop an ear for good music. He immensely enjoys writing and conversing about music, and has been blogging about film music and background scores since 2003.

These words must not be reproduced without express written permission and are the opinion of the writer of the review. Thamarai also encourages you to buy the sound-track legally and enjoy it in it’s full glory.