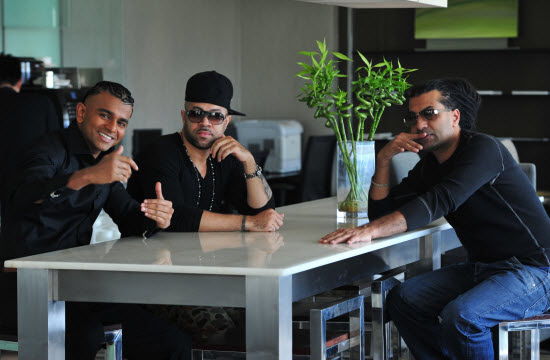 We recently reported that Award winning Malaysian singer Reshmonu flew out to Philadelphia to record material for his highly anticipated, debut International album. He has been recording for three weeks with Timbaland’s protégé ‘Jim Beanz,’ the man behind some of the biggest chart toppers for artists including Britney Spears, Katy Perry, Shakira, Justin Timberlake, The Pussycat Dolls & Timbaland himself.

Reshmonu has flown out Jim Beanz and UK based reggae artiste ‘Apache Indian’ to Malaysia to promote the new project and shoot the music video for ‘X-rated’ which will feature on the album.

Have a listen to the track here.

Shooting the video are Sphice pictures who worked on the music video for “Let’s Get it together” by Ashtaka, a Tamil group signed to Reshmonu’s own label R records.

Reshmonu will return back to the US to record a further 8 tracks. The album is expected to be released in the US & UK towards the end of 2013.