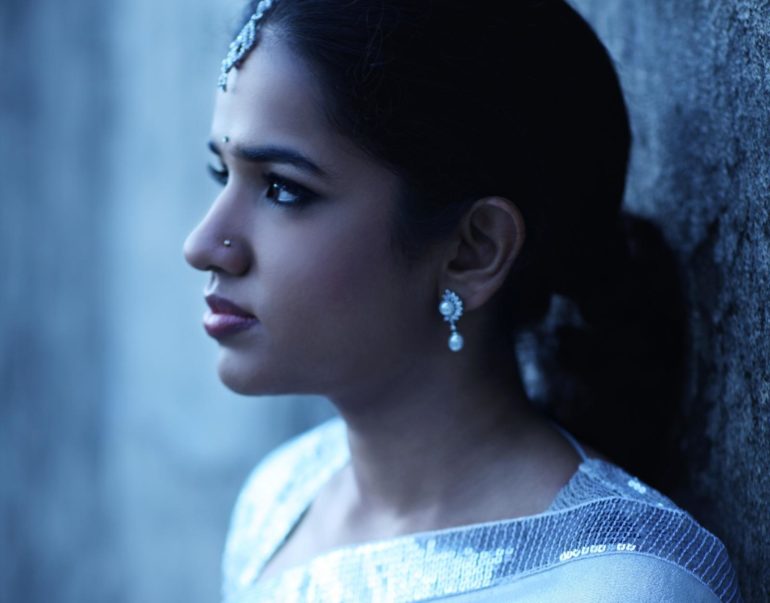 It is a deep reaching song that she composed and wrote for her soon-to-be-released debut solo album. Indeed a rare feat for this young Tamil musician based in Bangalore, who obviously shows promise on the very competitive world stage. Her Berklee college of music education has indeed stood her in good stead as she continues on her musical quest.

Here are some of the simple yet powerful lyrics, that obviously impressed industry professionals to dish out the honour to Bindu.

To add to this accolade, she was also selected as Top 20 Finalist in the performance category, by the 12th Unisong International Song Contest, and is the only Indian to ever have received this honour. She is all about real music and these awards imbibe her natural promise further.

Raised in LA and then Chennai and now settled in Bangalore, she spends a lot of time touring with her incredible musical family, while also working on her own projects – her father has even shared some of his musical talents on her forthcoming album.

The Tamil songstress is most certainly chuffed and articulates in her unmistakably American accent: “To be recognised as a songwriter by American Music Industry giants like Billboard and Unisong is truly humbling. I am very grateful for the opportunity to share my music with such a wide audience. I am delighted that my music would be singled out from the thousands of other composers and songwriters and honoured in this way.”

As a talented songwriter, she discloses: “When It’s Dark, is a song that is specially close to my heart, because it was the first song I recorded for my album, and it features some amazing musicians like my father L. Subramaniam, Grammy nominated vocalist Matthew Santos (who collaborated with Lupe on the hit track, Superstar) and Blues Harmonica legend Corky Siegel. The song deals with the issue of faith and our difficulty in sustaining it through our dark moments.”

Her music and lyrics are her passion and she shares the exciting fact that she is appreciated: “The support and positivity I received from people who have heard ‘When It’s Dark’ and other
songs that I’ve done is overwhelming, because as a songwriter, composer and singer, the greatest reward is knowing that people can relate to what you’re trying to say.”

Smooth voiced Bindu, who has been on stage from childhood has collaborated on projects with many diverse artists, in fact, some of the best in the world, including her own Parents, Al Jarreau, George Duke, Stanley Clarke, Billy Cobham, Larry Coryell, Corky Siegel, Pandit Jasraj, Dr. M. Balamuralikrishna, Hariharan et al.

The Thamarai team wish her all the best with her new album and will keep tabs on her progress within music charts around the world.