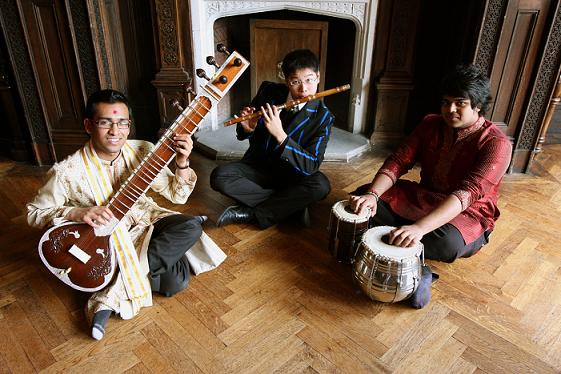 “No culture can live, if it attempts to be exclusive.” – Mahatma Gandhi

For thousands of years, music in India has been an integral part of life – from the court musicians in the great palaces, to the folk dances in the villages and the mystical chants of priests in the great temples.

In the UK, recent years have seen a resurgence in interest in the heritage of South Asia, especially among a new generation of passionate students determined to share their culture with an increasingly wide audience.

At Dulwich College, one of the countries oldest and most prestigious schools, a group of students have formed, for the first time, an exciting group of musical and dramatic talent “The Asian Music Society – Dulwich College.” As a passionate core of Ancient Indian traditions and innovative modern fusion, the Asian Music Society quickly received a lot of support and encouragement. Performing small concerts, at first, and sharing their ideas with a wide audience, they were able to create an interest in their precious heritage, drawing in people of all ages and backgrounds. Through demonstrations and presentations, the ancient traditions of India are adding to the cultural diversity of one of England’s oldest schools.

Some points about the group make it particularly remarkable. While Hindustani Music, (the form of Classical Indian music found primarily in Northern India) has gained a foothold in the west, made famous by artists like Ravi Shankar, Carnatic Music (the music of Southern India) is yet to be discovered by many. In contrast to the quiet purity of the Persian-influenced Hindustani Music, Carnatic music’s bold, elaborate style is arguably the peak of the evolutionary development of music in the Indian Subcontinent.

In a school in England, The Asian Music Society of Dulwich College is remarkable for its combination of musicians skilled in Carnatic vocal, Carnatic flute, Carnatic violin and mridangam, as well as dancers of the classical Bharathanatyam dance-style of South India. Perhaps even more impressive is their collaborations with not only Western musicians, but Classical Chinese musicians as well. It is certainly a very rare sight to see an Indian bamboo flutist, a Classical Chinese flutist and a Classical Western flutist on the same stage.

Councilor Eliza Mann, past Mayor of Southwark (2008/9) finds much to be celebrated about the group, “it is inspiring to see the students working so hard to keep their ancient traditions of music, dance and drama alive in this country. Their passion, commitment and hard work should certainly be admired. It is also particularly commendable that they have a real interest in raising money for charity at such a young age.”

On February 25th The Asian Music Society will hold their first major show, “The Dance of Creation” – an ambitious presentation of Indian culture that will showcase the talent of boys and girls from many London Schools. The sounds of ancient musical instruments, the enchanting dance of the Indian maiden and a dramatic telling of the story of the saving of Markandeya by Lord Shiva, will be some of the highlights of the evening, which also hopes to raise money for Great Ormond Street Children’s Hospital.