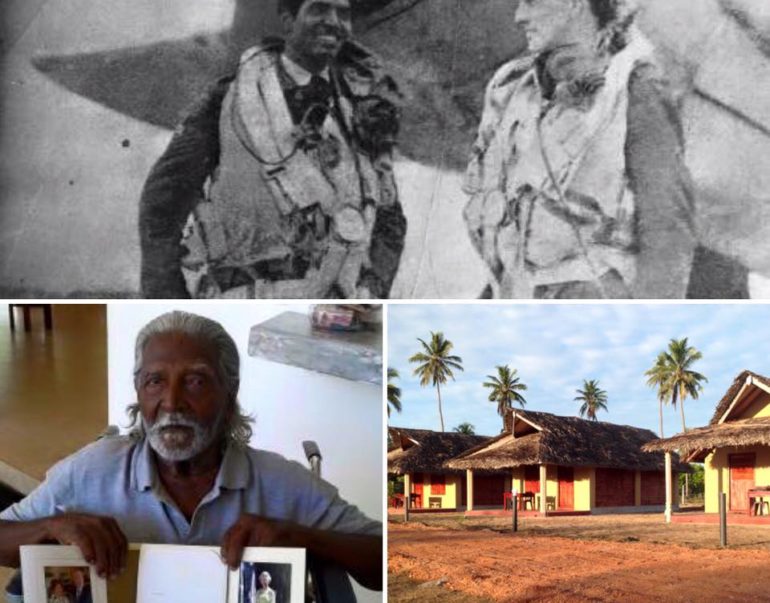 I was a brat when I was young. I studied in Ananda College first and then continued at Manipay and Jaffna Hindu Colleges. In my early twenties, I wasn’t doing anything meaningful with my life; hence, my parents told me to leave the house. I had no choice but to join the RAF to make something out of myself as I knew nothing else.

Eighteen people were selected from Lanka to join the RAF in 1941 and were sent to London, England for training. It was here where my name was formally changed to C.K.Pathy. We were first stationed in Scarborough, England after which we were sent to Canada for further training. I was the only Tamil person in the group.

Captain Chelliah Kanagasabapathy from Uduvil, a village in northern Sri Lanka, served in the British Royal Air Force (RAF) during WWII. Today he is celebrating his 100th birthday at his own hotel in Trincomalee, Sri Lanka. This interview by Parthiban Manoharan for confluence during his recent visit to Trincomalee, is a tribute to Capt. Pathy’s adventurous and celebratory life commemorating many milestones, including being the first Sri Lankan Tamil to serve in the RAF.