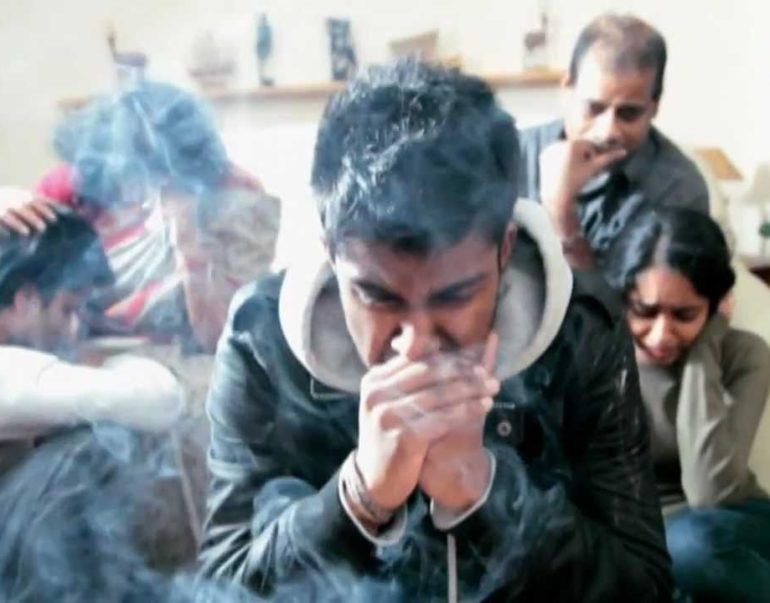 Through its conflicted protagonist Krishna, ‘Still Life’ takes a poignant look at the Sri Lankan Tamil community, who are shown on the verge of imploding as a result of ever-growing gang culture. Forced to return to the family he has previously held at arm’s length, Krishna must now take a closer look at himself and face up to the questions he thought he already comfortably held the answers to.

Directed and scripted by East End directors Kuvera and Nelson Sivalingam, ‘Still Life’ was first premiered at the Cineworld Ilford in April 2009, before then entering the festival circuit and going on to win ‘Best Film’ and ‘Best Script’ awards at the 2009 Vimbam Film Festival.

Nelson also personally walked away with the ‘Best Actor’ award for his performance as lead character Krishna. The pair’s second fictional film produced through their own production house, Barking MAD Productions in association with Eastern Edge Film Fund and Film London; was also selected for The London Short Film Festival.

Also making up the Barking MAD team is talented Director of Photography Krshna Naganpillai, whose most recent film project, ‘Shadows of Silence’ has been selected for the Director’s Fortnight at the world-renowned Cannes Festival.

Tickets can be booked on www.cineworld.co.uk