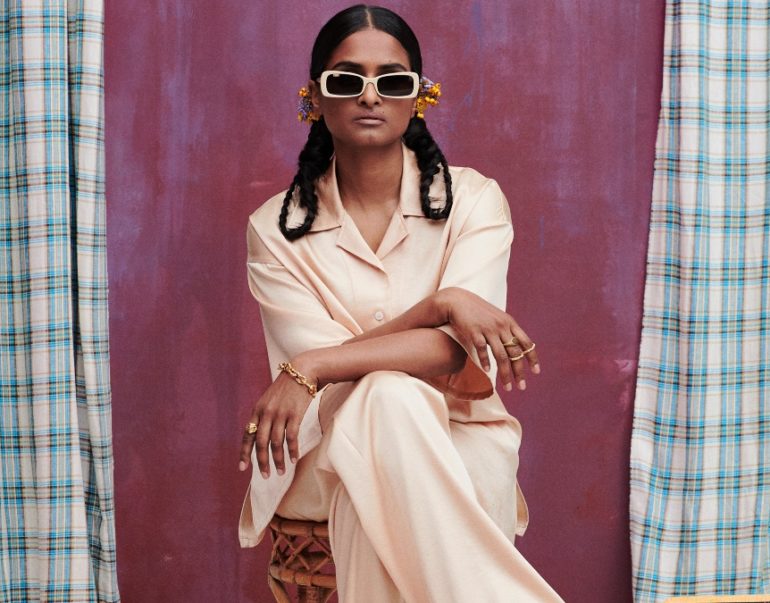 After the success of her debut, sold-out, Jazz Cafe show in November, Swiss-Tamil singer and songwriter Priya Ragu is back in London for another highly anticipated live musical experience.

ABOUT PRIYA RAGU
With her unique, genre-blurring raguwavy sound and a voice that blends eloquence, majesty and attitude in equal measure, no-one sounds like Priya Ragu. Her boundary-pushing take on R&B and electro-pop is infused with sonic elements that reflect her South Asian background. As shown by her critically adored debut mixtape ‘damnshestamil’, it’s an approach that makes her a truly global proposition. Every aspect of Priya’s profile indicates that she’s set to be one of the hottest breaking artists for 2022, ahead of the release of her debut album on Warner Records.

Priya Ragu recently made her stunning TV debut with an incredible performance of her latest track ‘Lockdown’ on ‘Later… with Jools Holland’. Her current momentum resulted in her being chosen as one of Amazon Music’s Breakthrough Artists for 2022 and Artist to Watch for 2022, adding to other recent acclaim of being named as a Spotify First Listen Radar artist, a VEVO DISCR Artist and a Deezer Focus Artist. 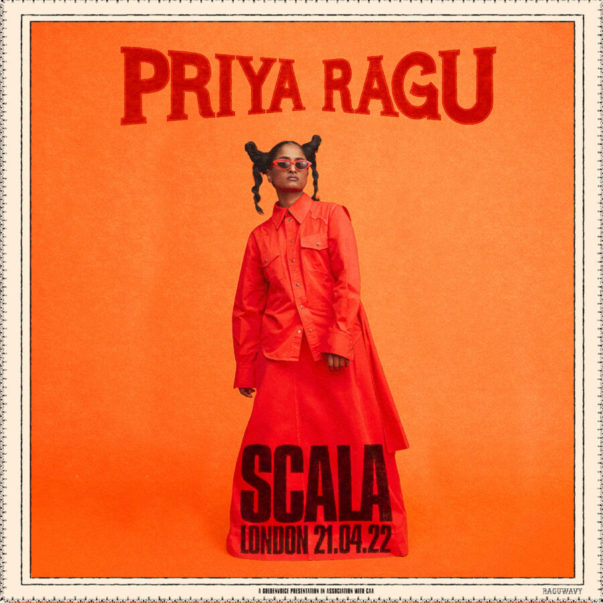 Similar attention is building momentum at radio, with a diverse array of support underlining her far-reaching potential. ‘Lockdown’ spent five weeks on the Radio 1 playlist and was one of three of her tracks to be chosen as Tune of the Week. In addition, further playlists and key support have come from the BBC Asian Network, 1Xtra, Apple Music 1 and 6 Music. The result is an engaged and ever evolving fanbase. Priya has already received 35 million views at TikTok, reached an audience of 25 million at Instagram, and was highlighted as Facebook’s Global Artist of the Day.

In the live arena, Priya has played four UK shows as guests to Jungle, performed at All Points East and Montreux Jazz Festival, and is currently embarking upon her debut European headline tour, which includes a sold-out London show at the Jazz Café. Plans are taking shape for 2022 too. After featuring on their current album ‘Loving In Stereo’, she again teams up with Jungle for their European tour in January, and will play sets at Eurosonic, The Great Escape and Primavera.

Working with her producer, co-writer, and brother Japhna Gold, Priya’s beguiling music is bathed in the sounds of their heritage, from stunning Kollywood samples (originating from Tamil Nadu in South India) and Krishna mantras to traditional tabla and the Tamil language. Her music is a snapshot of Sri Lankan and South Indian sounds; from the street dances of Kuthu to religious chants, to the influence of musicians such as Ilaiyaraaja, Deva and A.R. Rahman. Yet all the while remains solidly of the moment.

That style simmers throughout the ‘damnshestamil’ mixtape, which stirs those eclectic elements into an original, global-facing modern pop sound. Priya describes the mixtape as “The most pure and sacred work that I have ever put out into the world. I’ve carried it within me for a very long time until I found a way to translate it into these songs.”