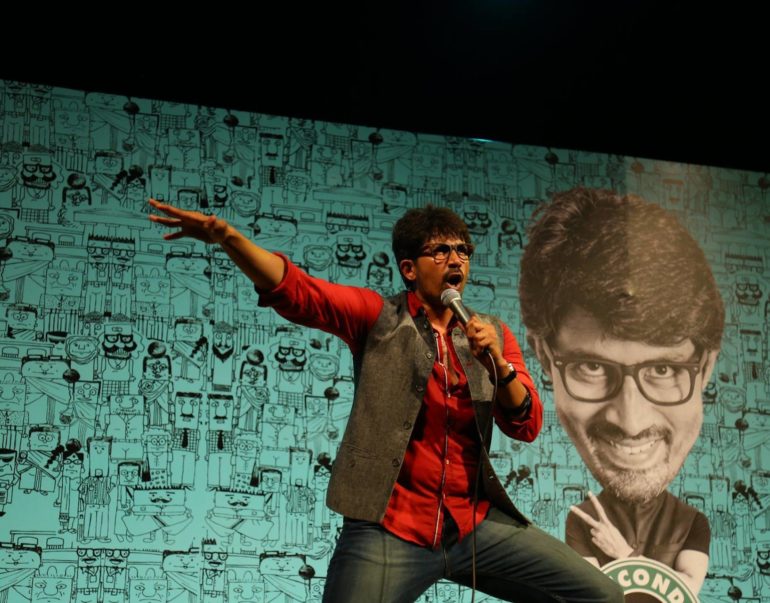 Age Restrictions
This show is strictly for 18+ only

Synopsis
#SecondDecoction is Karthik Kumar’s second Standup Comedy Special, after his first #PokeMe, and this one is a celebration of all the things that are second best – that we reserve for ourselves, cos we don’t deserve any better! Its a celebration of the Middle Class upbringing, filled with Hope, Dreams & Life Savings just enough to pay the First EMIs for them…

What’s the Middle Class? The one that’s stuck in the Middle… it’s not Up and neither is it down… like the Side Middle Berth that the Indian Railways tried to introduce – theoretically it could have existed – but practically… let’s be practical – only the Middle class can fit into it… how? Coz we are adjusting like that! The Second Decoction and the Side Middle berth – we fit into it… it becomes us!

The show premiered recently at NCPA Cheer! Festival along with Sorabh Pant, Papa CJ and Anuvab Pal’s new show. Following that, it has done soldout shows in Chennai, Bangalore, Coimbatore, Mumbai and Hyderabad!

About the Comic
Karthik Kumar aka KK is a coffee addict. When he is not drinking coffee or forcing others to do so – he is an actor, entrepreneur, director and standup comic. He is one of the founders of evam Standup Tamasha, South India’s biggest comedy movement. He has done over 300 shows across India and abroad. Karthik recently did a 25 city tour of USA.

About evam Standup Tamasha
Evam Stand-Up Tamasha was co-founded by Karthik Kumar and is South India’s largest Standup Comedy movement. And we firmly believe that the most important joke we will tell is the next one.

About Bluefeather Studios
Bluefeather Studios was founded by Suresh Seetharaman and is a Photography & filming service provider in the UK. Sandhya Anantharaman is the publicity & content manager for Bluefeather Studios and will be the person answering most of your queries when you get in touch with us. This is our first event and we are glad to have the most energetic KK on board. 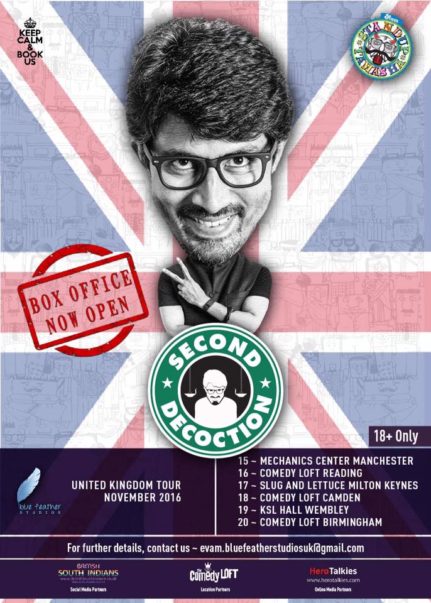