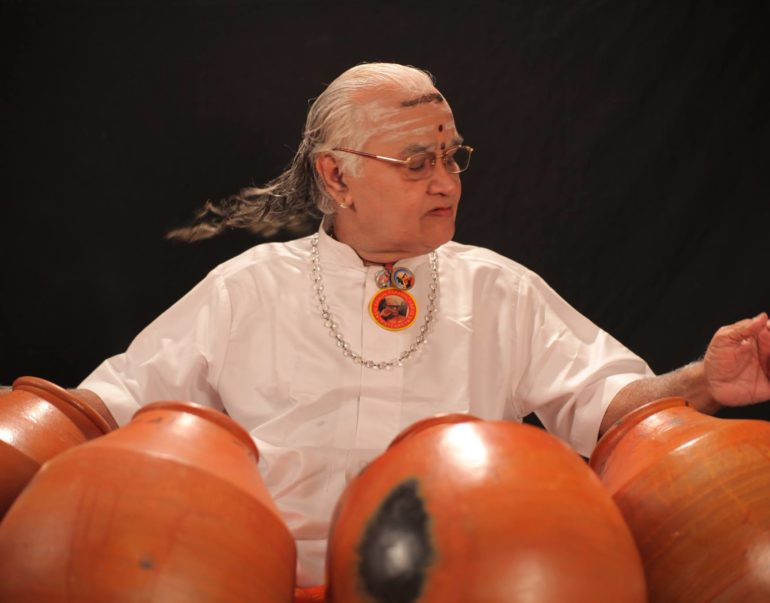 Thetakudi Harihara Vinayakram, also known as Vikku Vinayakram, is a Grammy Award–winning Indian percussionist. He plays Carnatic music with the Ghatam, an earthen pot, and is credited with popularising the Ghatam. Vinayakram Sir has a number of titles and awards to his name, including: “Astana Vidhwan” of Kanchi Kama Koti Peetam, “Ghatam Nagamani” given by Sri Jayendra Saraswathi, “Kalaimamini” given by the government of Tamil Nadu, India, and the First Sangeeth Natak Academy award for ghatam in 1988.

Laya Samaparnam will showcase upcoming talents from Shri K. Anandanadesan’s academy and will conclude with a Tala Vadya/Rhythmic ensemble orchestrated and conducted by the legend Vikku himself. He will be accompanied by: