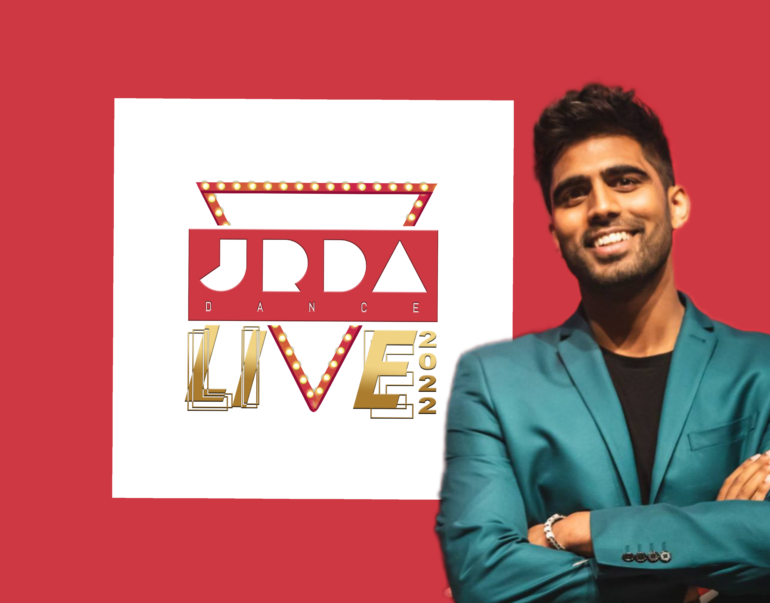 Jeya Raveendran, the founder of the famous JRDA (Jeya Raveendran Dance Academy) is all set to resume his annual dance show after its COVID-19-forced break.

Dancer, choreographer, celebrity judge and creative entrepreneur Jeya Raveendran has always been passionate about Gaana beats and he has been leading the dance group Gaana Raajas which performed in the British reality show Got To Dance on Sky TV in 2013. This could be considered the point of introduction for Tamil urban folk style dance for the British audience… Something they have been going gaga about ever since!

Jeya has performed at multiple momentous events including but not limited to the Nobel Peace Prize Concert in 2014, and with his team – The Vijay Television function held at the O2 Arena in London, Anirudh Live in London & Paris, and a host of other events and venues.

Anyone in the Tamil & South Asian dance circle is bound to be familiar with the name Jeya Raveendran. His dance academy JRDA was established in 2015 and the academy has aspired not just to teach dance but diversify its manifestations and make dance available for everyone. JRDA conducts dance classes, event performances, dance workshops, and stage shows.

The resuming of the annual dance show has been a big delight for the hundreds of JRDA students who attend his weekly classes across London, who will take centre stage at JRDA live on Saturday 15th October at Beck Theatre in Hayes, West London.

The theme of this year’s show is the movies, prepare to be entertained. All the Rajnikanth, Vijay, Ajith, Dhanush etc. fans out there, this is the night of dancing, that you should not miss!

We take pride, pleasure, and delight in wishing Jeya Raveendran, JRDA team and students all the very best for their upcoming annual dance show! 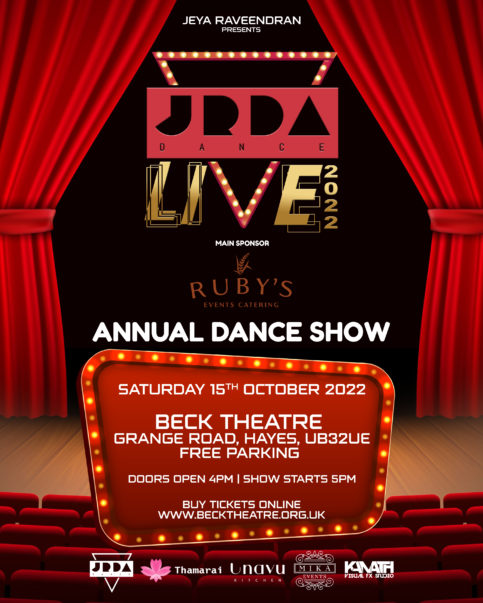