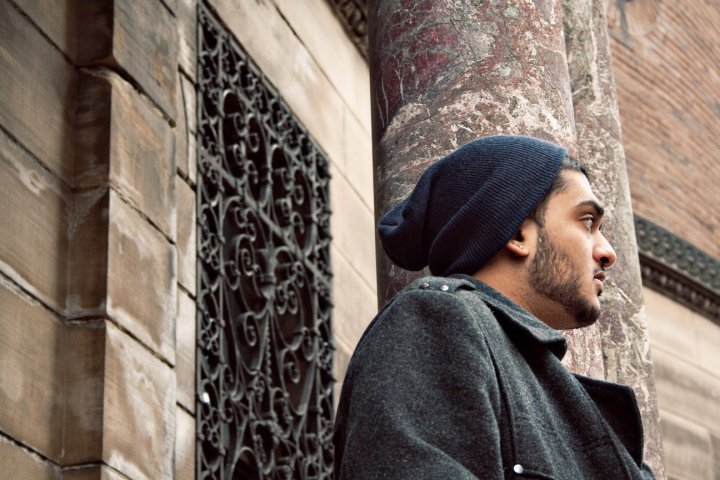 “Competition is just a mental roadblock” – An interview with Sid Sriram

US-based musician Sid Sriram – who recently graduated from the Berklee College of Music – has been on our radar for a while, after videos of his covers (including The Weeknd’s “High For This”) were shared all over various websites. Since then, he has released an EP (click here to read the review) and more recently recorded a track with world-renowned music director AR Rahman for upcoming Tamil film “Kadal”. The track “Adiye” has turned out to be one of the most popular songs from the film’s soundtrack. In fact, it was our pick of the album!

Congratulations on the success of “Adiye”! What has the feedback been like?
Thank you! Feedback has been great. It’s a really new sound for the Indian film world, and people are getting really excited about the song. The whole Kadal soundtrack is amazing, Rahman Sir is a genius.

You mentioned on Twitter that AR Rahman has been an inspiration for years. It must have been surreal to have heard he wanted to work with you! What was your initial reaction?
It’s honestly a dream come true, I grew up idolizing Rahman Sir both as a musician and a figure, so to be able to work with him is crazy. Every moment spent working with him has been nothing short of amazing.

Were you nervous to record the track?
Not at all, I was just amped. Once we started recording Adiye, I just went into a super-focused mode and Rahman Sir made the process very enjoyable and creative.

Do you find that you need to use a different set of vocals skills for your Western songs over Carnatic?
Not really, since I grew up singing both R&B and Carnatic stuff. My ability to keep the two separate is pretty much second nature. It’s not really something that I consciously think about, the difference in approach just happens naturally at this point!

You’re currently working on your debut album. How is that going, and what can we expect from it?
I’m working on a couple projects right now: the album – which is tentatively titled “Insomniac” – and a shorter EP to release before the album.

I’m really excited about both projects; both are going to mix my R&B/Soul, Indie/Rock, Electronic, Hip Hop and Indian influences. I personally think the songs on these projects are my best songs yet and really have something unique about them…they’re just a manifestation of myself so I can’t wait to share! Apart from that, I’m working out logistics on the music business end of things back in LA.

With the increasing number of people uploading videos of their music onto the Internet, it’s easy for talented people to get lost in the crowd. What advice would you give to aspiring singers who are trying to get noticed?
Don’t try to be anyone else. You as a person have a unique identity, and because of that your art/music/voice will have a unique identity, so don’t shy away from it. In the past year I’ve realized that competition is just a mental roadblock we create for ourselves. In my mind, it honestly isn’t real – if you’re making dope, genuine music, things will work out.

But having said that, I’m still figuring things out for myself. I’m just getting started with this stuff!

Your journey over the past year in particular has been pretty busy – apart from “Adiye”, you also released your Daydream EP earlier this year. What have been the biggest challenges you’ve faced?
This year has been good to me, from working with Rahman Sir and Mani Ratnam Sir on Adiye to my Daydream EP getting amazing reception, to my Conscious Mind;Live Sessions EP being a great introductory project. I think the main challenge has been making sure I balance everything well. All aspects of my music (Urban/Indie, Film, and Carnatic) are important to me, both creatively and professionally. I think as this year comes to an end, I’m getting a good grasp on how to keep all moving simultaneously!

If you had to choose a motto that you live by, what would it be?
“This is just the beginning” – I’m always going to be a student of music and life, never going to be complacent. It might sound cliché, but music is truly a life-long process where you can never know and achieve EVERYTHING. There are always more goals and higher playing fields, so in that sense, this will always be just the beginning.

There’s no doubt that this 22-year-old has only just scratched the surface of what he can achieve, and we can’t wait to see what he brings to the table in 2013! You can follow Sid Sriram’s work by checking out his website, Liking his Facebook page, or following him on Twitter.