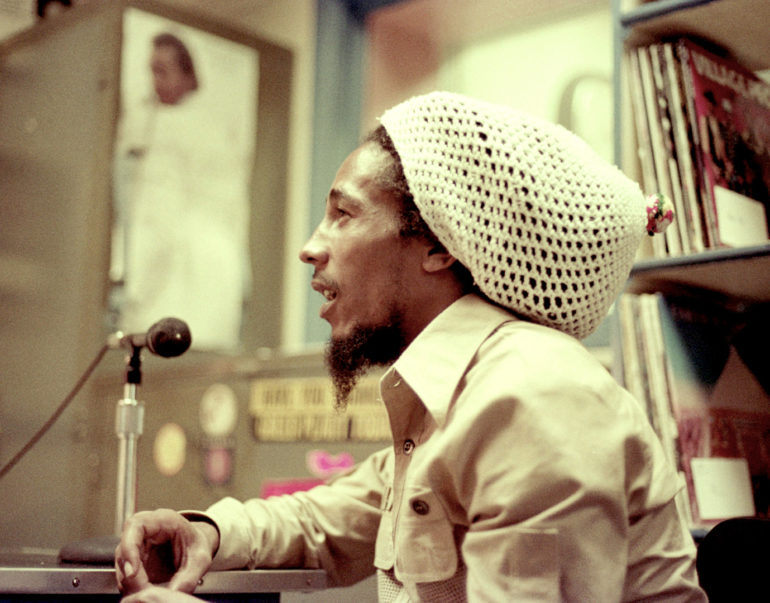 Role of the artist in society by Meena Kandasamy

Role of the artist in society – The following article is by Meena Kandasamy, a poet, writer, activist and translator. Her work maintains a focus on caste annihilation, linguistic identity and feminism. This is a brief summary of her speech at the Bob Marley Cultural Fest, Fort Kochi, Kerala.

It is a great pleasure to be able to take part in a festival of the arts that has been organized by the people. As an artist/writer, I am aware of how conscious one has to remain in order to avoid appropriation by the mainstream. As writers, we might take pride in performing at the Jaipur Literature festival, or other corporate sponsored events. but the shame lies in the fact that Che Guevara will be discussed at an event sponsored by Goldman Sachs. And we will talk about other issues with Tata Steel being advertised in the background. And as writers, we are left to compete for this sort of corporate-sponsored space and we hardly go into the ethics.

Since I am tone-deaf and know next to nothing about the technicality of music, I will not discuss all that. At the inaugural of the Bob Marley festival, I want to speak about the role of the artist in society, and the lessons that we could learn from the iconic singer’s life.

Since any protest or rebellion does not exist in a vacuum it becomes essential to acknowledge and trace its roots and revive it.. as the communist manifesto says, if the history of all society is the history of class struggle, than naturally protest and resistance have a history as well entrenched as oppression itself. In understanding Bob Marley, historian Carolyn Cooper talks of how his works had its roots in afrocentric jamaican music tradition, and how he was continuing in the line of the music of working class resistance. She cites an 18th century lyric I KNOW NO LAWS I KNOW NO SIN, as an early precursor and she says that Bob Marley’s success lay in the fact that he could legitimize what was seen as the vulgar and the vagrant.

Similarly in our protest today, we too have to look at our music culture, and the seeds of protest in it. We need to pay heed to the voice of protest in the song of the working women transplanting paddy, and how they rebuke their exploitative landlords. We need to reclaim the parai, and the thappaattam and other art forms that has been marginalized and degraded as fit only for funerals. We need to be aware of the inherent casteism in the arts. We should not forget that Sadirattam, was de-eroticized, given a brahminic body language and repacked as Bharatanatyam.

Bob Marley’s success would not have been possible on this global scale without the capitalist intervention. But one has to be very aware of how they counter-subversed his artistic productions. One has to understand the dangers of capitalism: after all capitalism has appropriated the iconography of Che Guevara and put him on t-shirts and coffee mugs, and they have even successfully thwarted the message of Malcolm X by making him radical cool. What’s more, a symbol of Arab/Palestine identity like the Kaffiyah, a headscarf popularized by the PLO and the fighters, has become a swanky fashion accessory that is being sold for $15.

When I was in New York and participating at the Occupy Wall Street protests, Bob Marley was everywhere. People were wearing his t-shirts and flaunting the Rasta colours, but what was the message that was being endlessly repeated: One Love. Love and peace are such easy universal ideas to sell and they clearly erase and ignore the specificities. More importantly, this capitalist negotiation of Bob Marley has diluted the message, and his interventions against race and apartheid and imperialism have been cleverly concealed. In his own lifetime, he was worried how the name of his third album was changed from Knotty Dread to Natty Dread—obliterating the image of the powerful Rastafarian from the title. Scholars on Bob Marley also point out how his politics was made to remain from becoming potentially very dangerous by the foregrounding that his love songs received, and how they were successfully marketed as singles, thereby undermining the politics presented in the rest of the tracks even in a politically-charged music album.

We have to remember that even a musician as iconic as him was not spared from being tailored to suit the tastes of the monopolistic music industry. But this is not a tragedy that befalls only musicians or artists. Today, you see wall-size pictures of Dr.Ambedkar on ABVP posters and digital signboards in Hyderabad. He was a leader who stood for annihilation, a leader who converted his religion so that he does not die a Hindu, and what befalls him? The man who wanted to uproot Hindutva has now been transformed into their poster-boy. What has happened to his message?

In spite of all the appropriation, one can never forget the blatant politics of Bob Marley. He was not the kind of artist who was happy to sneak things under, the kind of artist whose work you had to read in-between the lines. He was vocal about his support for the independence of Zimbabwe and he spoke against the apartheid in South Africa. His song Zimbabwe was inspiration to the freedom fighters of that nation. He was given the honour of participating in their independence day celebrations and performing there.

But how do we fare in our times towards the national question? Those who are outspoken in their support for national liberation are ruthlessly killed. The poet Puthuvai Ratinadurai, who was vocal in his support of the LTTE, and who surrendered to the Sri Lanka Army in May 2009 has been executed. A year after his surrender, his wife’s name appears on the list of war-widows. This is the state of artists who speak out.

But in India, we show our true colours with our silence. When one hundred thousand Tamils were killed in May 2009, India’s writers and intellectuals maintained a conspiracy of silence. They did not speak out against the genocide, they did not condemn the Indian state for waging this proxy war . In the name of eliminating the LTTE, the Tamil civilians were killed. The artistic community in our country takes pride in being under general anesthesia. They want to be apolitical as much as possible. They at least have to learn from Bob Marley, they should know that an artist has to be revolutionary.

When we speak about the national question, we lack the spirit that Bob Marley had. There are other factors too. While talking about nationalism in China, Mao defines it as defending the nation against imperialism, defending the nation against being sold out, and protecting the nation. However, in India, nationalism has taken an opposite meaning. The people who speak out against imperialism, the people who speak out against selling the nation to corporates, to mining companies, the people who are truly nationalists are labelled as anti-national and terrorists by the state. The people who want to sell the nation, sell its resources, who want this country to be a servant of the imperialist forces, they run the country. They are the self-styled patriots. So, as it exists, words seem to have the exactly opposite meaning.

Let that stay. Unlike Bob Marley’s vocal, in-your-face-politics, how have we fared? With a few exceptions like Arundhati Roy, if we look at the writings, novels, short-stories, poems, films and art that is created in India today, and here I include myself too, no one will ever know that the Indian state is waging a war against its people. No one who comes across these artistic creations will be able to deduce anything about the times in which we live. Not only that, if they read/see all these so-called productions of art, they will not even learn that this is a country where a people’s war is going on. This is the apathy of our times. This is how our artists are faring.

If there is one lesson for us to take from Bob Marley, it is that art is an act of rebellion

As a Tamil woman, I want to talk about what art means. The Tamil word for art is kalai. But the same word also means, disturb, dismantle. That is what art must be. Art must dismantle hierarchical structures. Art must challenge the oppressive status quo.

If you enjoyed this article, please follow Meena Kandasamy on Facbook http://www.facebook.com/Ms.Militancy. Here is an interview we did with Meena last year : https://thamarai.com/news-details.php?id=330