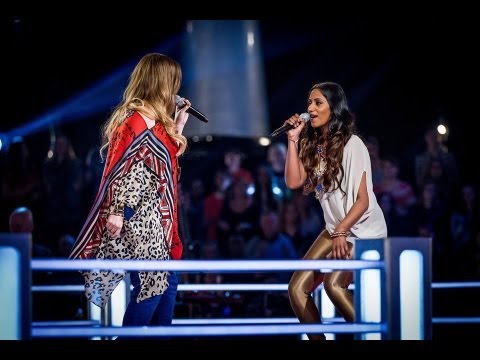 She impressed Judges & the audience at the Voice UK Blind auditions and was selected by Danny O’Donoghue to join his team. Since the performance was broadcasted on BBC 1, Abi Sampa’s online fan base has grown from a few hundred to over six and a half thousand in a matter of days. Mesmerised by her eastern favour which incorporates South Indian “Carnatic” music, fans have been waiting patiently to see what Abi will bring to battle.

Tonight the Script frontman Danny O’Donoghue pitted Abi Sampa against Laura Oakes for a sing off in front of fellow judges Will.I.am, Jessie J & the legendry Tom Jones. Watch the incredible performance below, where they sing Heaven by Emeli Sande. Abi delivers the knock out punch and gets selected by Danny to stay in the competition.