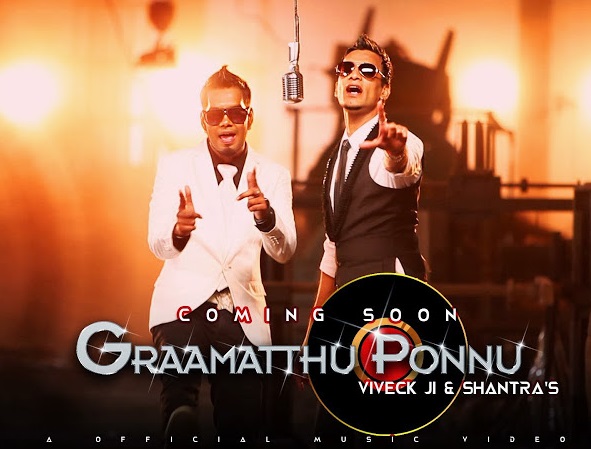 A first for Tamil independent music, Malaysian duo Shantra & Viveck JI have raised the bar taking their ‘Graamathu Ponnu’ music video launch to the hub, Tamil Nadu. They have tied up with ‘Sony Music India’ who will release the music video via the company’s offical youtube channel.

On Sunday 12th January, Chennai based ‘Noise & Grains’ in association with Malaysia’s ‘Soul creations’ hosted the launch at Spencer Plaza.

The video was launched by G.V.Prakash in the presence of music directors A.R.Raihanah and N.R.Ragunanthan.