Kudumbam, meaning family in Tamil, is the latest music video from French Tamil artistes, TS PROD.  The group consisting of Meera B, Vassan, Thars, Jaytown and Sam first appeared onto the Tamil independent music scene in 2006 and came to light after the release of ‘Poi Sollathe.’ 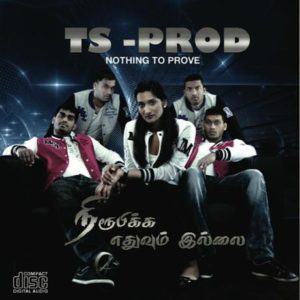 Within a year of its release the Poi Sollathe music video amassed over 100k views, a great indicator of TS Prod’s popularity at the time, the only Tamil rnb / pop group from mainland Europe to stand the test of time.

The new production, Kudumbam is a musical drama based on what is said to be a true story. True or not, its common knowledge how influential the ‘Kudumbam’ are when it comes to love, relationship or marriage in the Tamil community. The story follows a young couple’s journey through their emotional conflicts, a fight for their relationship through family issues.

Check out the music video, a TS PROD musical presentation in association with Echo8 Productions & Phoenix Media Productions. UK based ‘Venthan Sri’ is the man behind the screenplay & direction with cinematography by Sayan Morthy.