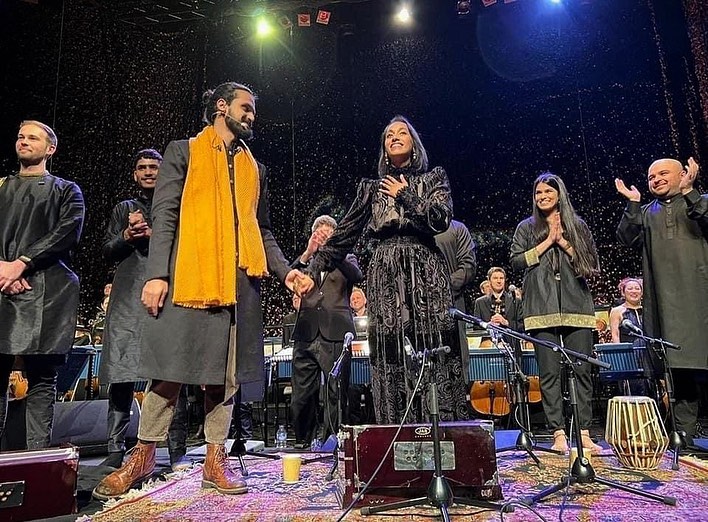 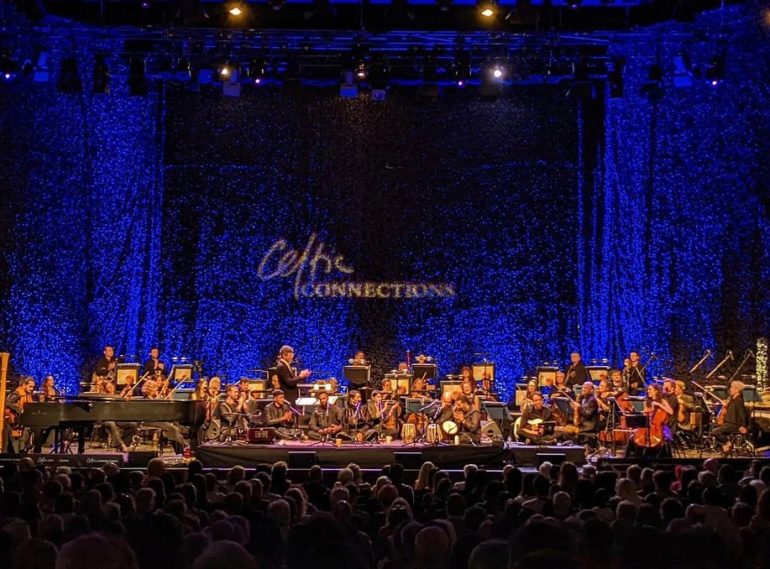 Reviewed by ‘The Times’ – “They combine modern western instruments with Indian traditional ones to make a sound that’s both inviting and ear-opening, led by the spellbinding voice of Abi Sampa. Team them up with SCO, swelling gently in the background , and you had something pretty special, combing the improvisatory spirit of the raga with propulsive energy. Their music moves seamlessly from spiritual focus through incantatory power to flights of love. A stunner.”