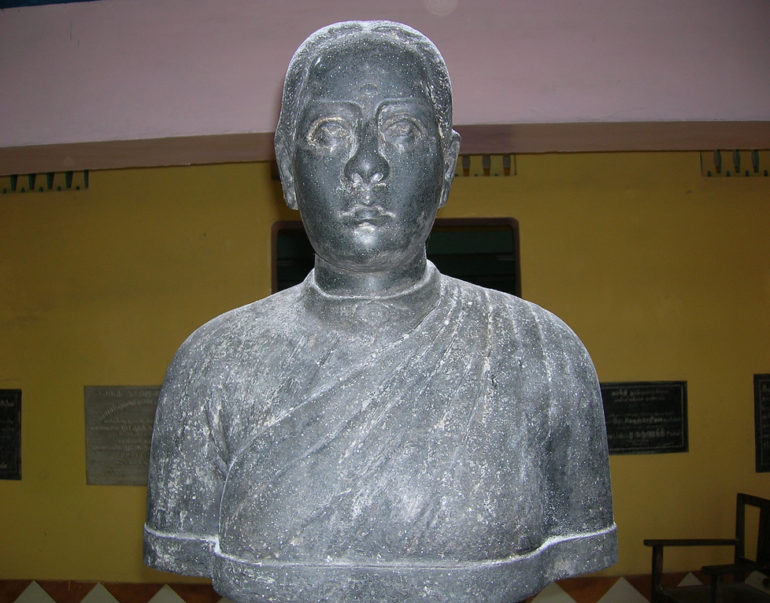 One lesser known person and her contribution was 16 year old Tamil girl Valliammai Thillaiyadi. Valliammai lived in Johannesburg, the daughter of immigrants who travelled to South Africa in search of a better life. Her mothers home village was Thillaiyadi in rural Tamil Nadu, she became more commonly known as Thillaiyadi Valliammai.

It was there in South Africa where she was first exposed to the non-violent protests, works and beliefs of Mahatma Gandhi.

At the tender age of 15 she, along with her mother, joined in the women’s protest march from Transvaal to Natal against the discrimination of Indians and South Africans by the British rulers. This protest, however, was banned by the South African government and as such Valliammai was arrested and placed in jail for three months.

These three months would see her struck with a viral fever that would leave her a skeleton of her former self, standing tall by sheer determination and self-belief. Yet it was in this state that when someone had asked her “Why don’t you people register and become South Africans instead of Indians? Indians! India doesn’t even have a flag! What are you really fighting for?,” she ripped a off her saffron-white-green sari and replied “If having a flag is what would give form to India, then here it is, MY FLAG! MY MOTHERLAND!”. 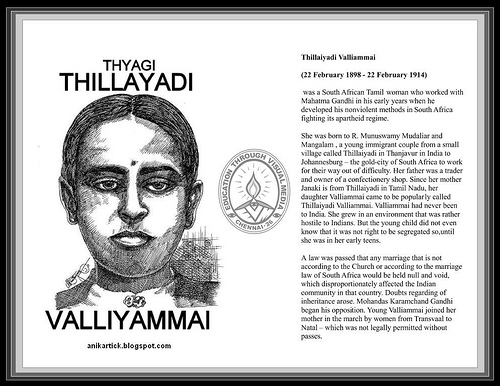 Thillaiyadi Valliammai died 22nd February 1914, on her 16th birthday and later Gandhi was quoted saying it was her sacrifice that had increased his resolve in fighting for Indian independence. What is most touching about her struggle and her bravery to stand up for what she believed in was the fact she felt so strongly about an independent India despite never having been there herself.

Gandhi later designed the Indian flag with the colours saffron, white and green. It is rumoured that these were the three colours that made up Valliammai sari. 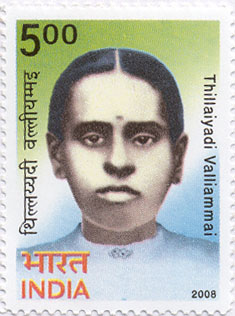 We, here at Thamarai.com, would like to wish a Happy Independence Day to our Indian readers, and we remember those who have laid down their life in the struggle for freedom across the globe.