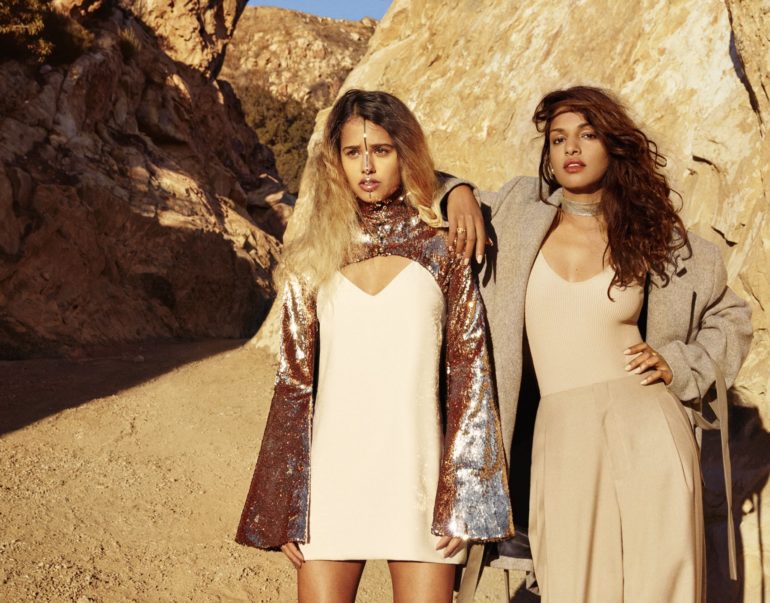 Its happened! Tamil female hip-hop artists M.I.A & Tommy Genisis have collaborated, unfortunately its not a track but a Mercedes-Benz advertising campaign for the new concept car!

Mercedes-Benz announces the launch of #mbcollective-Chapter One presenting the new car Concept EQ, immortalized by the photographer, writer and Director Luke Gilford. Entitled Generation Now, Generation Next, the new fashion story #mbcollective for the 2017 is divided into three parts.

Chapter One features the British musician and artist M.I.A. and her protégé, the emerging Canadian rapper Tommy Genesis. All the international talent together with Luke Gilford and the emerging fashion designers, whose pieces feature in the campaign, comprise the first members of the burgeoning #mbcollective – a group of influencers, trendsetters and designers who will amplify Mercedes-Benz’ global fashion engagement and use their extensive social following to communicate their activities and embody Mercedes-Benz’ core initiative CASE (Connected, Autonomous, Shared & Services and Electric).

Click here to find out about Tommy Genisis, the half Swedish, half Tamil rapper from Toronto who we featured last year. 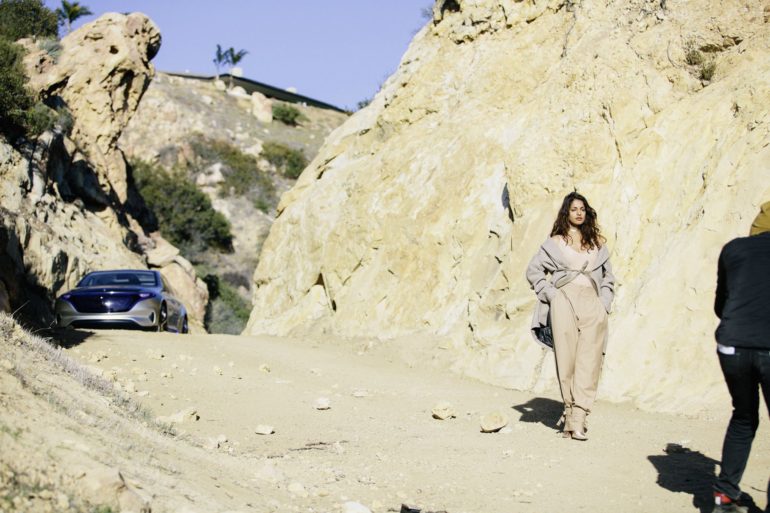 M.I.A. is a British singer-songwriter, director, visual artist, activist, photographer, fashion designer, model and philanthropist who began her career in 2000. Her genre-defying style has seen her nominated for an Academy Award, three Grammy Awards and the Mercury Prize. M.I.A.’s pioneering spirit of philanthropy, which aligns with the Mercedes-Benz theme of Human Benefit, also sees her support Youth Action International, an organization that seeks to rebuild war-torn African communities, and the Pablove Foundation, an organization that fights pediatric cancer. One of the more outspoken artists, she chose Tommy Genesis, a Canadian rapper whose recently released album ‘World Vision’ received international acclaim, as her protégé. M.I.A. is a supporter of female emerging talent, specifically within the music industry, and seeks to pave the way for strong and alternative female musicians. Speaking of her passion for encouraging developing talent, M.I.A. says “When it comes to dealing with a unique musicians like Tommy, who go against the grain – I like to reassure them that their individuality is their main asset, they can be who they want to be and should embrace being unique, they’ll be okay.” Tommy Genesis encapsulates the new generation who are preternaturally confident in their own skin. Theirs is a partnership built on trust, mutual respect, and a pooling of talents. Their mentor-mentee dialogue therefore speaks directly to the Mercedes-Benz brand strategy and supporting themes of Connectivity, Sustainability and Human Benefit. 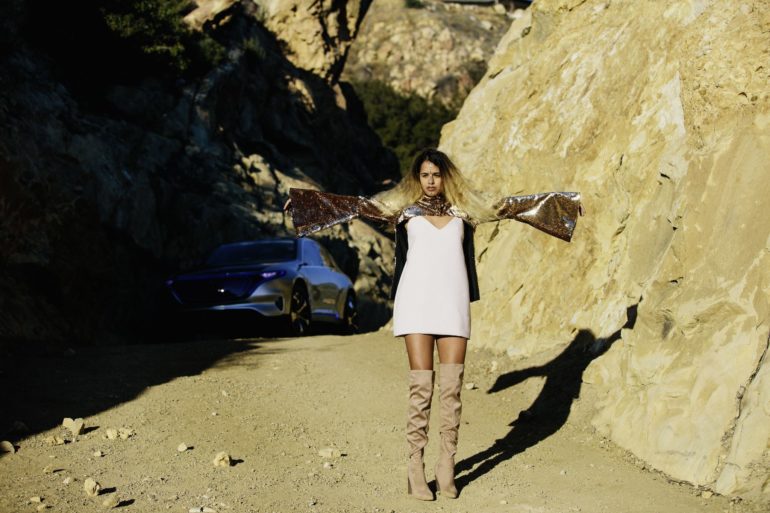 Tommy Genesis said: “It is such a privilege to have been chosen to feature in this Mercedes-Benz fashion story alongside M.I.A., an icon of the music industry whom I have always respected and admired. Being able to connect with an artist with so much experience, and share her wisdom and knowledge, made possible by Mercedes-Benz, is an incredible opportunity. And being able to promote emerging designers in the process is an added bonus, I think it is important that our generation really supports one another.”