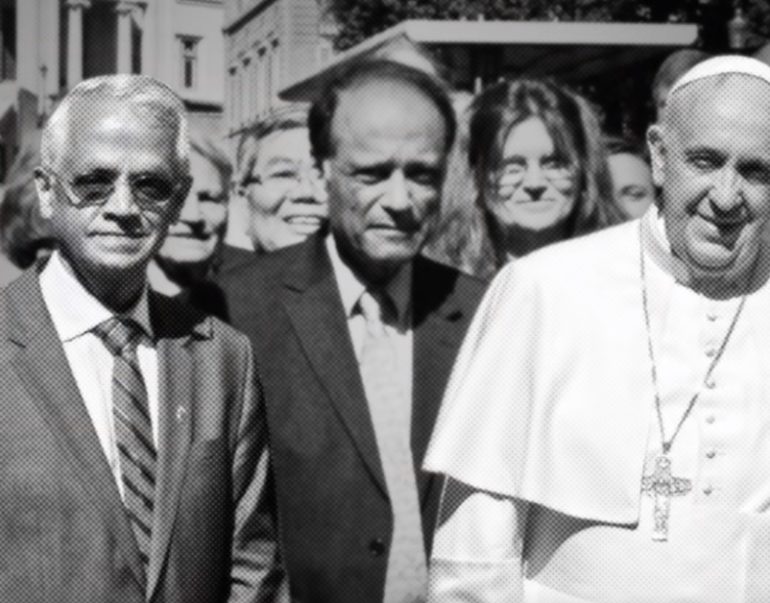 American Tamil scientist V ’Ram’ Ramanathan, who serves on the prestigious Pontifical Academy of Sciences panel delivered what he calls a ‘parking lot pitch’ to the leader of the Catholic Church – St. John Paul II. This moment may have influenced the Pope’s subsequent position on climate change and led to what is known as “The Francis Effect”.

Dr. Veerabhadran Ramanathan is a distinguished professor of Atmospheric and climate services at the Scripps Institution of Oceanography, University of California, San Diego. He has been publishing on climate change for more than 40 years, dating back to the early 1970s when he discovered the greenhouse effect of CFCs. He currently chairs an international science team from Asia, Africa, and Latin America under the Atmospheric Brown Clouds Program sponsored by the United Nations Environmental Programme.

“Most of the pollution is coming from the wealthiest 1 billion people, and the poorest 3 billion are going to suffer the consequences,” he told Pope Francis.

Born in Madurai, Tamil Nadu, the Southern Indian state is experiencing a water crisis with some areas affected by drought and others brought on by poor city planning and water management.

Interviewing Dr. Ramanathan in the Vox produced video is M. Sanjayan, an American conservation scientist, of Sri Lankan Tamil heritage. He specialises in the role of nature in preserving and enhancing human life.