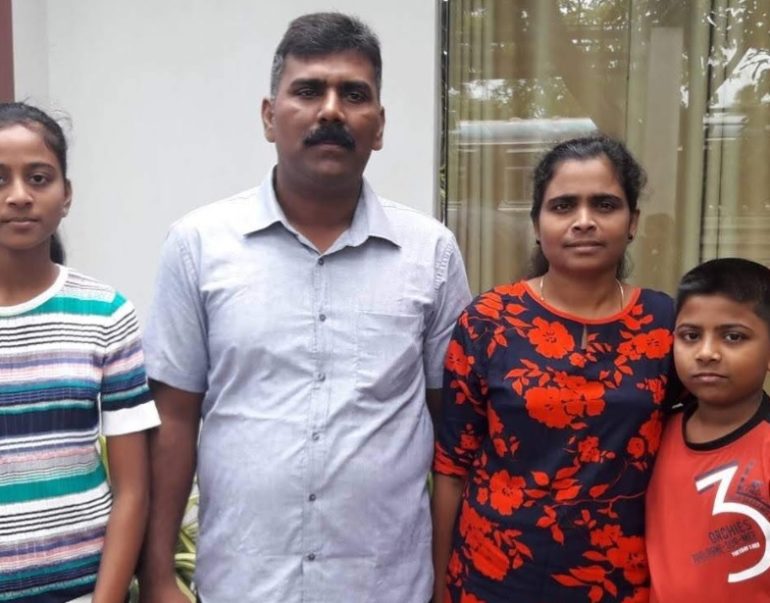 Days before, Sri Lankan Government officials were warned by a foreign intelligence agency of the possibility of attacks on churches but the warnings were ignored. So far the death toll has risen to 359, of which 39 foreigners were killed in the attacks.

The United Nations said at least 45 children were among those killed.

The blasts have been claimed by the Islamic State (IS) group, with Sri Lanka’s government pointing the finger at the little-known local Islamist group National Thowheeth Jama’ath (NTJ), but saying the group likely had “international” help.

In the east-coast city of Batticaloa, a bomb exploded at a Sunday school, killing at least 25 people, including 13 children. But if it weren’t for the actions of one churchgoer who died in the blast, it would likely have been worse. The following piece is by BBC’S Rajini Vaidyanathan who reports from Batticaloa for the BBC News at Six and Ten.

Ramesh was also in the church courtyard when he spotted a man he didn’t recognise carrying a large backpack. The man told him it contained a video camera as he had come to film worshippers inside. Ramesh said he couldn’t enter & informed him he’d need to get permission first. After Ramesh forced the man out of the church, a bomb detonated. If it had exploded inside the packed church many more would have lost their lives.

Ramesh died but his actions saved many. He leaves behind a wife and two children. Let’s not forget the strength of people here, the young lives cruelly shortened and the bravery of people like Ramesh.