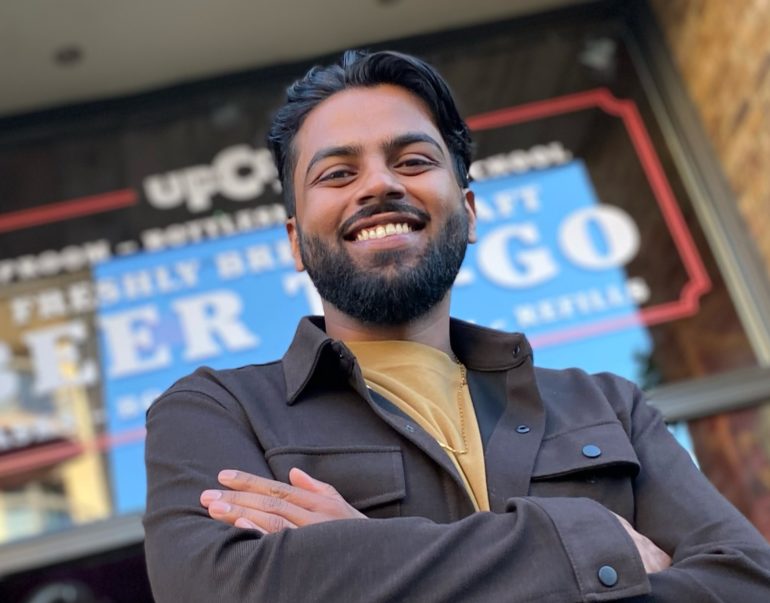 Sunthar V stands proud at the entrance of “Up the Creek” in London, the location for The Tamil Comedy Club’s first anniversary show. 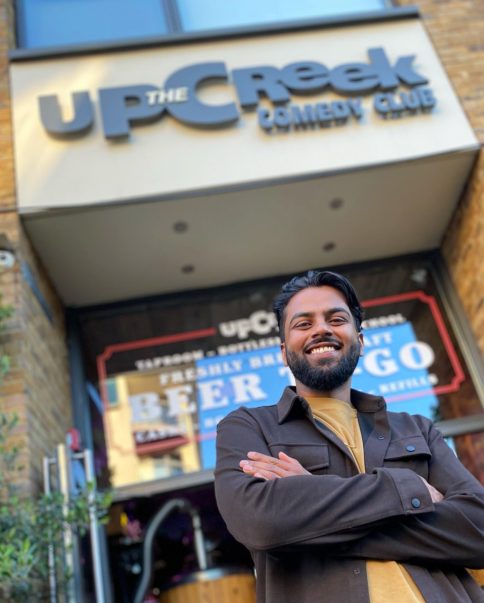 The Canadian Tamil comedian and presenter conceived the idea of the pioneering monthly open-mic style comedy club during the pandemic, the first of its kind showcasing new Tamil talents in the London comedy scene.

Growing up Tamil and queer Sunthar didn’t find many Tamil spaces where he could fully be present. Quite often the south-asian umbrella doesn’t always cater to other language speaking or marginalised identities.

The show prioritises Tamil (and other South Asian) LGBTQ+ folks and women – acting as a community space to also coach and train ‘new to comedy’ artists. 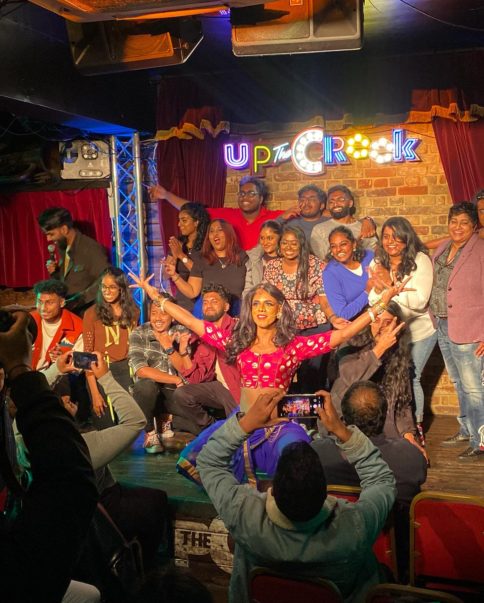 Celebrating a year of successful sold-out shows, The Tamil Comedy Club’s anniversary special featured a line up of sixteen comedians, including first timers and TCC bastions. 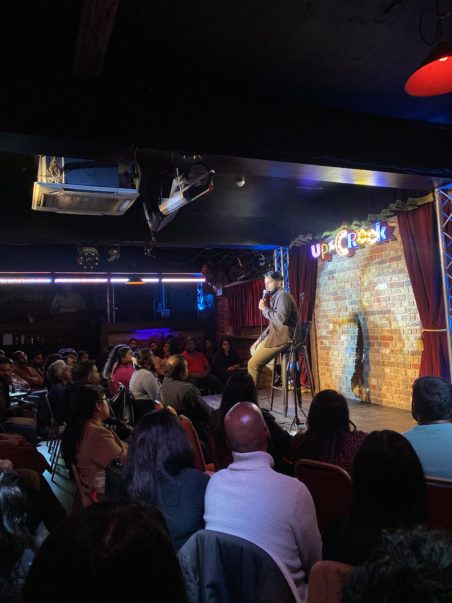 The event truly represented the diversity and richness of talent within London’s Tamil community. Comedians from the UK, Malaysia, South India, Italy and Canada taking centre stage at the sold-out event. The acts were all seamlessly gelled together by Sunthar impromptu gags.

For information on upcoming events, please follow @thetamilcomedyclub and @suntharv.