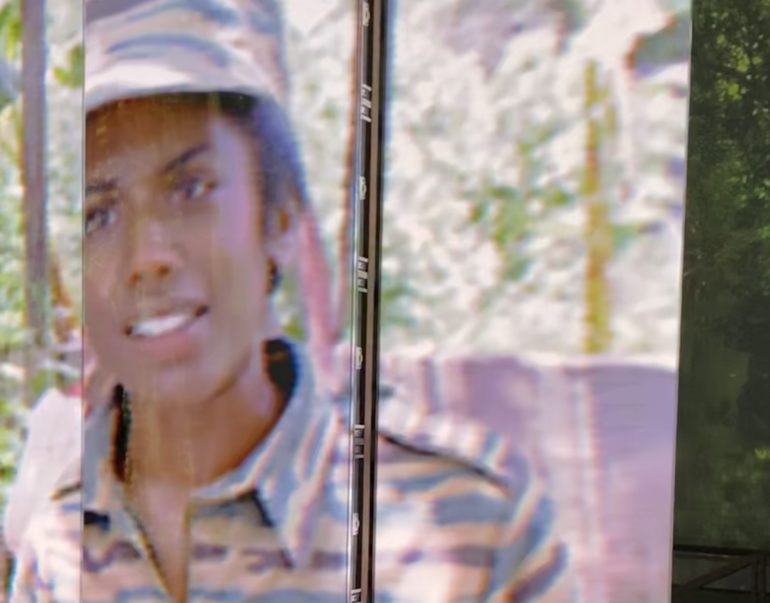 British Tamil artist Christopher Kulendran Thomas has a new exhibition in London (Institute of Contemporary Arts) and Berlin, which opened in October and runs till January 2023. 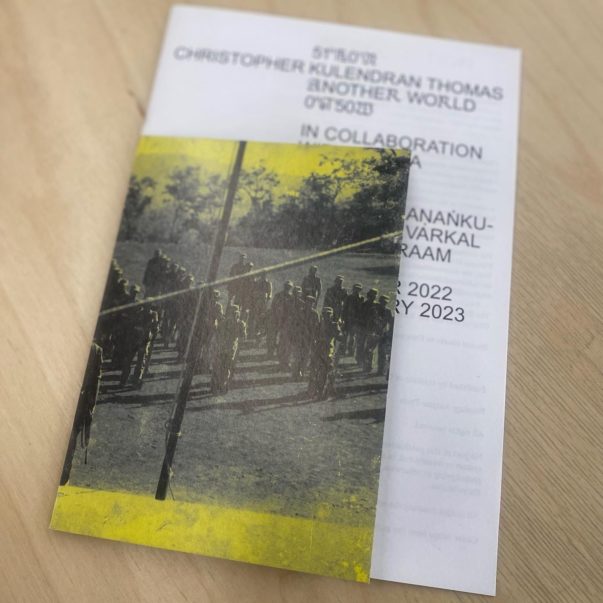 Christopher Kulendran Thomas: Another World explores an alternative approach to technology through the prism of the defeated revolutionary struggle for an independent Tamil homeland.

Developed together with longtime collaborator Annika Kuhlmann, the exhibition features a major new commission, The Finesse (2022), that examines some of the lost legacies of this liberation movement in Kulendran Thomas’ family homeland. 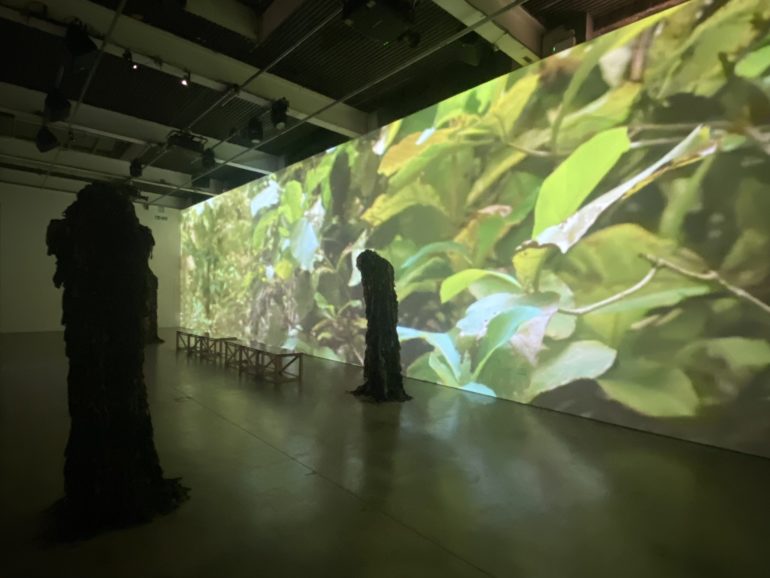 During the Sri Lankan Civil War the de facto state of Tamil Eelam was self- governed by a liberation movement that, in the early years of the World Wide Web, used the internet to coordinate a globally distributed parallel economic system amongst the Tamil diaspora.

The immersive film installation melts pop culture into political science and combines archive footage with AI-generated avatars. The work is choreographed across five monolithic mirrored screens and a projection that spans ICA’s lower gallery to form an architectural hallucination. 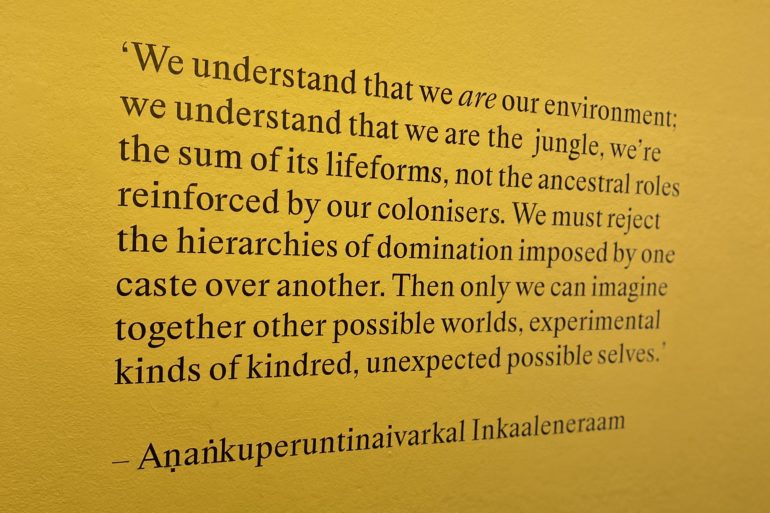 The Finesse traces the Tamil liberation movement’s attempt to imagine a cooperative economy based on renewable energy, communal ownership and computational coordination.

Blurring the boundaries between historical research and a sci-fi proposition for an alternate reality, it looks at how the art, architecture and technology that were lost with the defeat of the de facto state of Eelam could today inform radically different, and constantly shifting, ideas of the future.

With parts of the work continually algorithmically generated anew, the film is never quite the same twice.