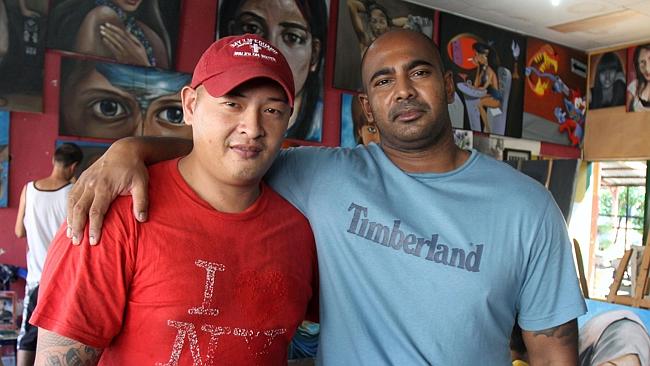 Australians Mayuran Sukumaran & Andrew Chan face death by firing squad in Indonesia. They are a part of the Bali 9, a group which masterminded trafficking heroin from Indonesia to Australia over 8 years ago. Captured and convicted for the serious crime, the young offenders were sent to Kerobokan prison to await their fate.

Faced with the daily threat of death and the realities of their crimes & prison life, the men have reformed in the eyes of the prison governor & many around them. They engage in activities to better the prison community, pursued education & encouraged others to do the same. The President of Indonesia has power to grant clemency.

Mayuran is doing a fine arts degree by correspondence with Curtin University and has started a business which sells artwork and a clothing brand called Kingpin Clothing.

In a video which was recently removed from youtube, Adam Taylor for News Limited gains exclusive access inside Bali’s Kerobokan Prison to speak to Myuran Sukumaran and Andrew Chan, living day-to-day on death row.