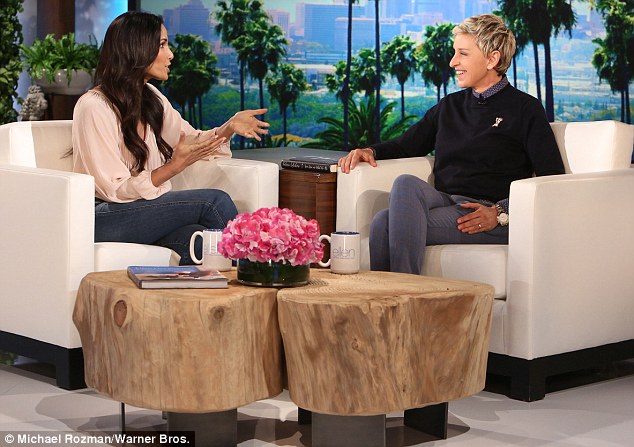 Chennai born Tamilian Padma Lakshmi is a former American model, “Top Chef” host and cook book author. On the Ellen DeGenres Show, Padma spoke about her new memoir entitled “Love, Loss And What We Ate,” and managed to get the popular television presenter to roll up her sleaves and make some wholesome Thayir Sadam (curd rice)!

She also spoke about her marriage to novelist Salman Rushdie, feeling like an outsider while growing up in America and changing her name to fit in!

Earlier in the week she sat down with People and Entertainment Weekly’s editorial director Jess Cagle to discuss one aspect of her life that hasn’t before shared: childhood sexual abuse. As Lakshmi reveals in her book, when she was seven, she and her mother and stepfather were living in a two bedroom apartment in Queens, where she would occasionally share her bed with a friend of her stepfather. She now describes the situation as “a state of affairs that, to people like us, who were used to living far too many to an apartment in India, seemed relatively normal.”

And she recalls that “One night, I woke up to his hand in my underpants. He took my hand and placed it inside his briefs. I don’t know how many times it happened before, since I suspect I slept through some incidents.” When her mother noticed signs that her daughter was distressed, Padma tells Cagle that “Once you take a girl’s innocence, you can never get it back. What I remember more is telling my mother what happened and her believing me, and then she and I telling someone else and that person not believing me. And then the next week I was sent to India.” It marked the end of her mother’s marriage.