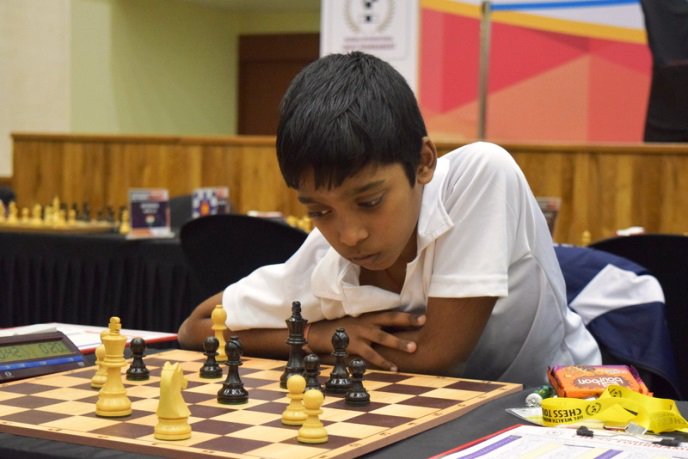 Praggnanandhaa is no ordinary 11-year-old. He is the worlds youngest international Master and on Sunday 9th October 2016 he successfully defeated Grand Master Alex Bachmann of Paraguay.

Competing in the Masters section of the Isle of Man chess championships, Praggnanandhaa’s credible victory was completed swiftly in a mere 18 moves.

The Isle of Man Chess Championship is considered one of the hardest Chess tournaments worldwide. The 2016 tournament was won by Fabiano Caruana of USA with a score of 7.5 in a total of nine games.

Leonard Barden, a prominent chess writer for the Guardian said: “India’s 11-year-old youngest ever IM with the unpronounceable name has this afternoon won an 18-mover against a 2645-rated GM which will go round the world and be compared to Fischer’s Game of the Century. The age difference between Praggnanandhaa and Leonard is close to eighty years. I would say that Fischer’s Game of the Century with Donald Byrne was much better in terms of quality. But Fischer was 13 years old when he played that game, while Praggnanandhaa is still just eleven!”

Coached by former Olympian RB Ramesh, it was only a few months ago that the Chennai lad became an International master. At 10 years and 9months old, he broke the 27-year-old record of Judit Polgar, widely considered the greatest woman player of all time, who was just 11 when she became IM.