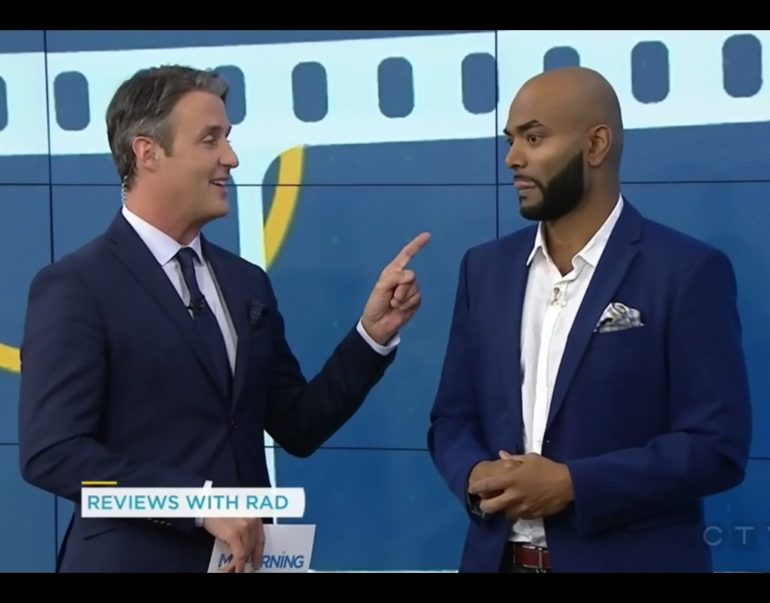 If one were to do a word association game with the words “cinema” or “movies”, some of the responses might include “popcorn”, “date night”, “entertainment”, or “leisure”. Something along those lines.

But what it most likely wouldn’t include, is something like “job”, “hard work”, or “career”. At least for the majority.

But not for Radheyan “Rad” Simonpillai. A film critic by profession, Rad, makes a living from interviewing the stars and reviewing movies – and while so far he has been giving you these answers through the medium of print – having written regularly for publications such as NOW Magazine, AskMen.com, and Rotten Tomatoes – Rad has recently landed a weekly spot on Canada’s breakfast show “Your Morning” on CTV.

Before I start my questions – let me just quickly say how jealous I am of your name.

Well technically I still use my full name, Radheyan, in my by-line. Rad is something kids started calling me in grade school, and it stuck. And I also still use it for any quick introduction, just because “Radheyan” trips people up. But I keep Radheyan anytime I’m credited in writing or on TV, because it’s a signifier of where I’m from.

Now, in addition to your somewhat unique name, you also have a rather unique job. Especially for someone Tamil. There must be few to none professional film critics who are Tamil, or indeed, a person of colour.

Yes, there are very few people of colour in film criticism, globally. I can’t think of any others working professionally in Canada. But no one ever made me feel like an odd one out when I joined the industry. The industry embraced me, so if my colour was ever a disadvantage, I wouldn’t be aware of it.

In fact, you might instead assume my ethnicity has been an advantage. It sets me apart. 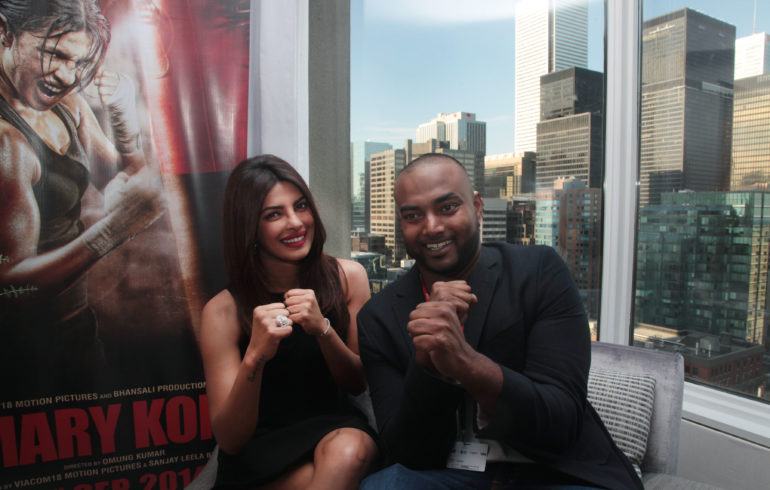 Although you are now where you are and doing what you’re doing – and rather successfully as well – it would be fair to say that becoming a film critic was never Plan A, wouldn’t it?

In fact, a few pit-stops were made before reaching your current destination. You tried your hand at Computer Science for a while and even did a bit of Business studies, before you then finally decided to study film – a passion you’ve had since you were a child.

I think the love of movies is something passed down from my dad. He’s a big Tamil movie junkie. And so I was obsessed with movies growing up.

And I’ve been reading film reviews since I was 12. My parents subscribed to the Toronto Star, so I would swipe the Movies section every Friday.

That was my initial film school. I would read about whatever was opening and head out to the theatres to check out the films that got the best reviews, whether they were from studio movies or indies from whatever part of the world. As a teen, I used to make the trek to art house theatres to check out films no one has ever heard of.

Your success as a professional film critic is notable and significant for a number for reasons. For one, you’re a Tamil, person of colour in a predominantly white industry. But on the other hand, your success is even more salient considering that we’re currently living in a time where everyone can be a film critic.

Be it on movie blogs, online magazines, or YouTube videos – in the age of Blogging and Vlogging – it seems that no qualification, skill, or experience is needed to be a film critic. Anyone can do it.

That’s a problem the entire journalism industry is facing. This is the era of fake news, where anyone can say anything online and people consume it.

Few are willing to pay for professional reports or opinions. Because there are so many people willing to do my job for free, it is hard for me to demand a living from this career.

But I’ve been very lucky. I look around at all my colleagues, who are dropping out of the industry or being stretched thin, and I can’t help but wonder when my luck will run out or how my job will have to adapt to this new reality.

There is a Confucian saying that if you choose a job that you love you will never have to work a day in your life.

I think both are true. But I’ve been doing this for more than a decade now and I still love it.

Sometimes things can become rudimentary but then movies like “The Master” or “Inherent Vice” comes along, great movies that I love to think about and share. That’s when I’m happiest doing what I’m doing. 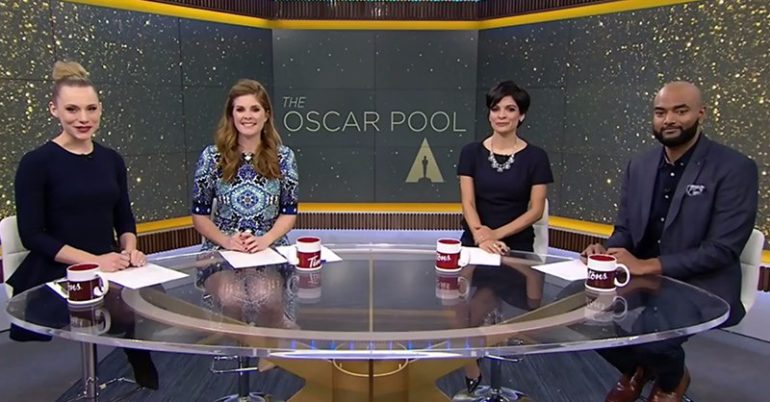 It’s that time for the year again: ‘tis the season of awards: the Grammy’s, the SAG’s, the Oscars, the Emmy’s.

And along with comprehensive reports about who is wearing what, it is also once again time to discuss the lack of diversity, underrepresentation of minorities, and whitewashing in Hollywood. It will come as a surprise to no one that after the #OscarsSoWhite controversy, the issue isn’t out of the world. While we are looking at the most diverse line-up the Oscars have ever had, we are still getting films like “The Great Wall”, “Doctor Strange”, and “Ghost in the Shell”. As someone from the industry – what are your thoughts on this?

To be honest, I’m glad we’re finally talking about it. And I’m glad the industry is listening. We’ve let this go on for too long. And frankly, I’m excited about how the movies are going to change and what new stories are going to be told.

But all this talk is for nothing if people don’t actually go out and see movies. How many black audiences have gone out to see Moonlight? How many Tamils sought out Dheepan. If you’re whining about a whiteout on screen, but you don’t bother seeking out the movies that represent you, then nothing is going to change.

Now. For the final question. You will, no doubt, have heard this question a million times. And this interview shall be no exception.
So, tell me. What is your favourite film?

Honestly, I don’t know that I have one favourite movie. I have quite a few favourites.

I often shuffle through films like Robert Altman’s “Nashville” or – when I want to sound especially pompous – an Italian film called “L’Avventura”.

But the movie that always stays with me is “The Godfather”. I discovered it at 12, re-watched it countless times, and always find something new to love about it!

Where to find Rad: CTV every Friday morning at 6:45 est, CTV News Channel every other Friday evening at 7:20 pm, CBC and NOW Magazine. His twitter handle is @justsayrad.