The parents of German girl Franziska and the parents of Indian boy Jay have to deal with the fact that their children are in love and planning on getting married. This means their families will be connected for a lifetime. They will have to get to know each other. But will they get along? 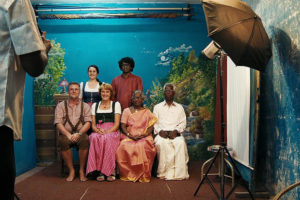 Amma and Appa in Tamil means mother and father. This film tells the story of Franziska’s and Jay’s parents and their first meeting. They are about the same age and both couples have been married for over 30 years. However they are from two very different cultures, but through their children’s love, their lives are about to connect these two families in a rather astonishing way.

Their children have not only fallen in love but also want to get married. After two years of living a long-distance relationship, Franziska and Jay have managed to have their mothers and fathers agree on meeting each other…