Scour the internet and you will find his name attached to some of the biggest Tamil & Hindi remixes. Dr. Srimix released his 4th album earlier this year. “SRMX 0400 – The Method” features 15 beautifully captured videos released (1 video a week) exclusively through Bollyshake, a leading South Asian dance platform.

Born in California, raised in Wyoming and of Sri Lankan Tamil heritage, Srihari Sritharan aka Dr. Srimix has brought together dancers, singers, deejays & producers from across the globe for his highly anticipated project. 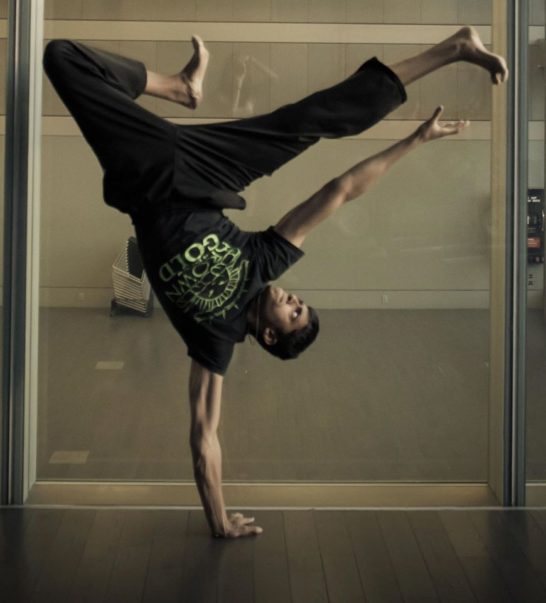 From the eight Tamil, Telugu & Hindi videos that have been released so far, we list our favourites.

The first video to drop was Veerapandi Hardmode, a Tamil remix featuring vocals by Aditya & Jai Matt, along with dancers from Darazana, an all-male alumni fusion dance team. The video is featured at the top of the article.

Chamma Chamma is a Hindi Trap Remix that features the vocals of Mugdha Hasabnis and Bharatanatyam-fusion dancers Poonam & Priyanka, who took the internet by storm last year with their viral dance videos. They were even featured in a South Indian Television commercial for Tanjara Filter Coffee.

A name which pops up frequently on the album is Aditya Rao, who manages to sing with ease in Tamil & Hindi. Its this recently released Srimix rework of AR Rahman’s Tamil hit “Pachai Kiligal Tholodu” that has us completely hooked! However, Tropical Killigal doesn’t feature on the album, but has been released through Aditya’s youtube channel.

We end our shortlist with this Hindi & Tamil fusion song. Mere Samne Yaarumilla is a mashup of the hindi classic Mere Samne Wali Khidki and AR Rahman’s throwback feel Tamil song Yaarumilla, featuring vocals by Aditya Rao, and starring Anuja Boma Joshi. Watch out for Srimix’s cameo in the video!

There are another 7 videos to be released from the album. To keep track of these releases and the talented Srihari Sritharan aka Dr. Srimix, please follow him on facebook!