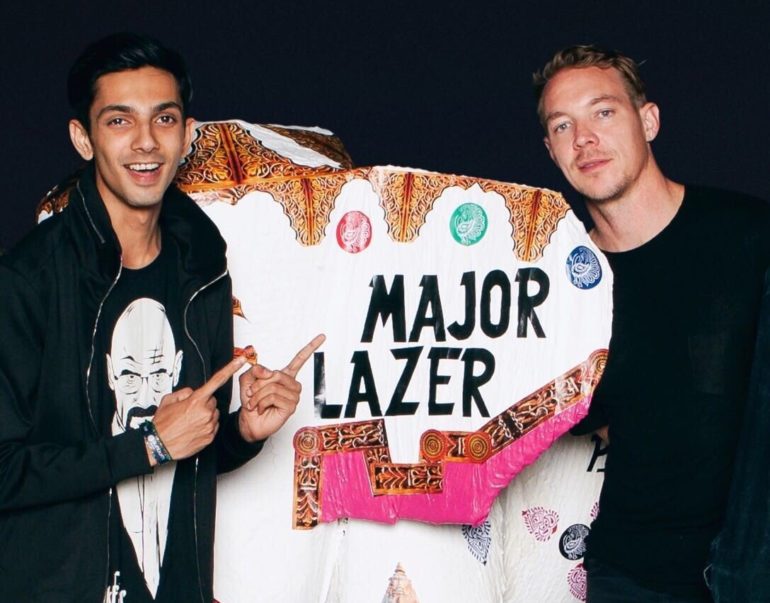 Tamil Nadu based music producer Anirudh Ravichander, the man behind the viral hit “Why this Kolaveri di” and several other popular Tamil film songs is collaborating with American DJ & Music producer Dilpo.

Together Anirudh & Diplo have worked on six to seven original songs which they plan to release from January 2017, as reported by the Times of India.

To mark the collaboration Anirudh released for Deepavali his remix of Major Lazer’s chartbuster “Cold Water” which features Justin Bieber vocals. Titled the “Diwali edition”, the song has been given a South-Indian spin and gets a big thumbs up!

However this is not the first time Diplo has worked with a Tamil artist. His rise to fame was credited to his professional collaboration with the award winning British Tamil rapper, fashion designer & visual artist Mathangi ‘Maya’ Arulpragasam, aka M.I.A.

Their relationship flourished into a personal one, together they were one of the most powerful couples in the music industry, working on M.I.A’s songs including XR2, Hussel, Tell Me Why, Bucky Done Gun & the 2007 hit “Paper Planes”.

In an interview with Rolling Stone Magazine to mark the 10th year anniversary of Arular, M.I.A spilled the beans on their rocky relationship, in which she accused Diplo of resenting her mainstream success.

“When I got signed by Intersope, he literally smashed my hotel room and broke all the furniture because he was so angry I got picked up by a major label and it was the corniest thing in the world that could possibly happen.

So the whole two years I was with him, I just let him dictate. I basically had this man dictate to me how everything in America that I experienced was completely, like, irrelevant and it was nothing.”

In an interview with Billboard, Diplo agreed that he was jealous, sad and probably mad when she signed with Interscope.

“I had a lot of control when we started, and I was really proud of the music we made,” he said, confirming that “nothing she said [in the Rolling Stone interview] was a lie.” “The label promised her all these people to work with, and I was like, ‘But your thing is this,'” he continued. “I probably made mistakes in our relationship, but we made awesome music. Every time we had a fight, we made good music after.” 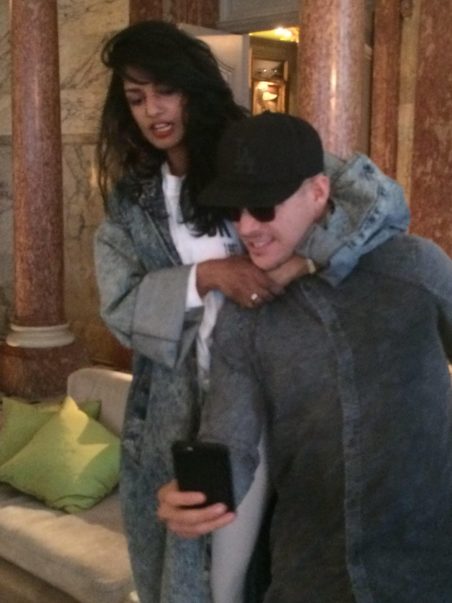 M.I.A is known for mixing politics with music and being vocal in the mainstream media about the civil war in Sri Lanka. As Diplo has shown interest in working with her on a “Major Lazer” song, will M.I.A forgive Diplo’s comments about her people?

“I haven’t spoke to him since he kind of threw me under the bus in the New York Times,” M.I.A. told Rolling Stone in the aforementioned interview. “I don’t mind if he said bad stuff about me, but to discredit and to devalue what happened in Sri Lanka and with Tamil people during the war is something that is a bit disgusting. Because there were real consequences to that article, where people died, real shit happened, and people are still going through it.”

Back to Anirudh. If you are expecting songs with a Tamil or even Indian spin, don’t get too excited just yet, the new music is geared for the global audience. As Anirudh is not an experienced DJ (pressing play on a laptop is not the same) and doesn’t have a back catalogue of EDM hits, it may prove difficult establishing himself in the scene. Having Diplo, major lazer and Sony music on your side is a good start for South India’s youth icon. We wish him luck on his new journey.