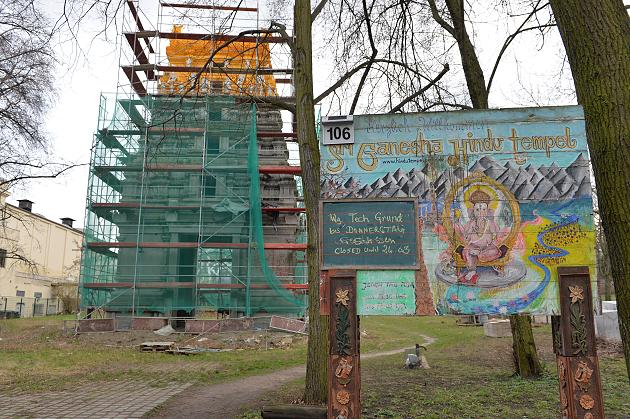 Mummified Corpse discovered in a Hindu temple in Germany

A disturbing discovering was made at a Hindu temple in Berlin, Germany. The fire Brigade recovered a mummified corpse on Monday from the Goporum (Tower) of the Sri Ganesha Temple in the park Hasenheide, which lies on the border between the Berlin districts of Kreuzberg and Neukölln.

The dead man is not known to the local police or fire brigade at Montagnachmittag. The police confirmed that the man was dead for a long time and there was no evidence of foul play or suicide.

The temple helpers called the police at 1pm. The fire brigade carried the corpse out of the temple, covered it with a white tarpaulin and handed over to the police to indentify the man and the cause of death. 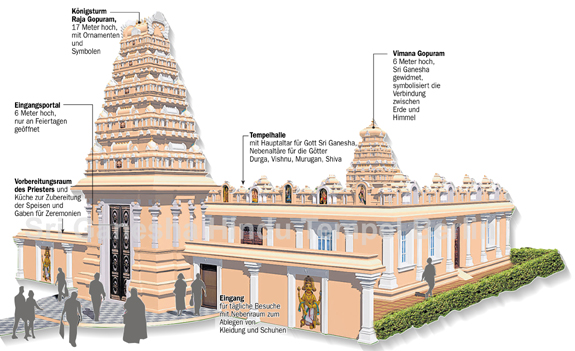 According to local sources, the temple has been under construction for a long time. With a lack of 24 hour security or surveillance on the construction site, it is quite easy for someone to climb the scaffolding to reach the top of the tower.