Pras Lingam eats, sleeps and breathes movies, and has dreamt about being a director from the time he can remember. In the past, he has proved his excellence behind the camera on multiple levels, as a cinematographer, writer, and producer. The German-English bi-lingual film, Broken Dreams, which was shot entirely in Berlin, marks the directorial debut. His next venture Kandam was shot in Jaffna with an international cast and crew. He conceived the idea for Kandam a few years ago after watching a History Channel documentary. He toyed with it for some years until it evolved and took its present shape. 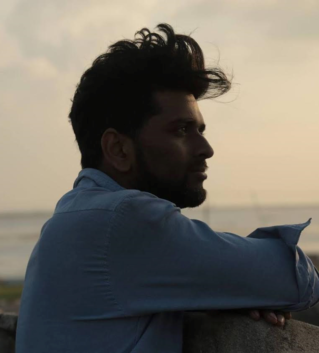