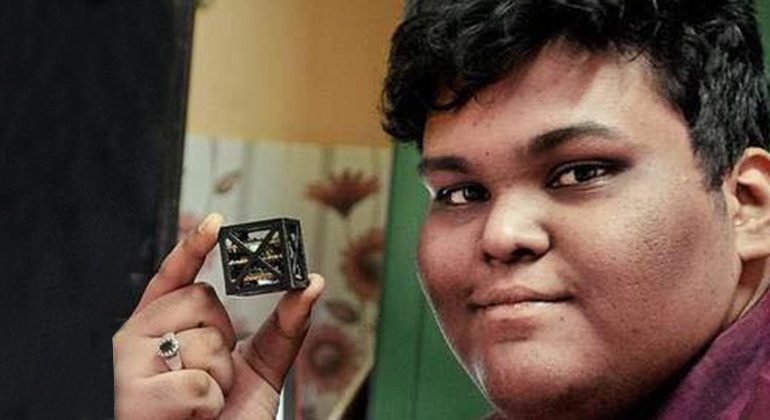 An 18-year-old, 12th grade student from the small town of Pallapatti in the South Indian state of Tamil Nadu, entered a contest called ‘Cubes in Space’ that was jointly organised by NASA and a organization called ‘I Doodle Learning.’

On June 21, NASA will launch his satellite from Wallops Island, a NASA facility, and is set to break a global space record for the world’s lightest satellite. 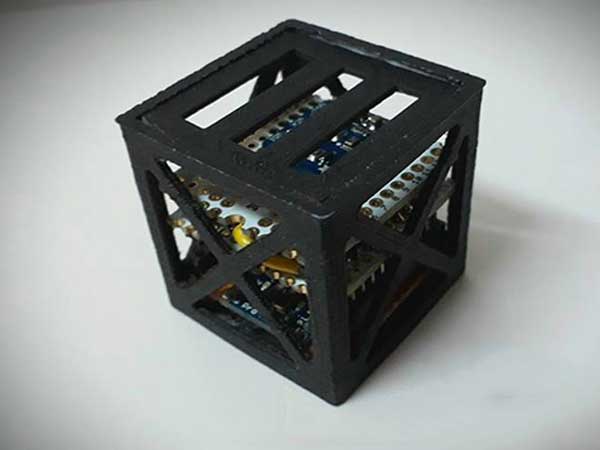 Speaking to Times of India, Rifath said it will be a sub-orbital flight and the mission span will be 240 minutes — the tiny satellite will operate for 12 minutes in the micro-gravity environment of space.

“The main role of the satellite will be to demonstrate the performance of 3-D printed carbon fiber,” explained Rifath.

The main challenge was to design an experiment to be flown to space which will fit into a four-meter cube weighing exactly 64 grams. “We did a lot of research on different cube satellites all over the world and found ours was the lightest,” he said. Rifath added “the satellite is made mainly of reinforced carbon fiber polymer. “We obtained some of the components from abroad and some are indigenous.”

Cubes in Space is the only program in the world to provide students with a free opportunity to design experiments to be launched into space on a NASA rocket or balloon! The program enables the young participants to learn about space exploration, inspiring students to be future scientists, engineers, explorers, and educators.

Congratulations to Rifath and those who inspired him.