A 14-year-old Tamil girl has won the 94th Scripps National Spelling Bee held in Maryland, America, on Thursday night. Harini Logan from San Antonio, Texas, receives the trophy and a check for $50,000. 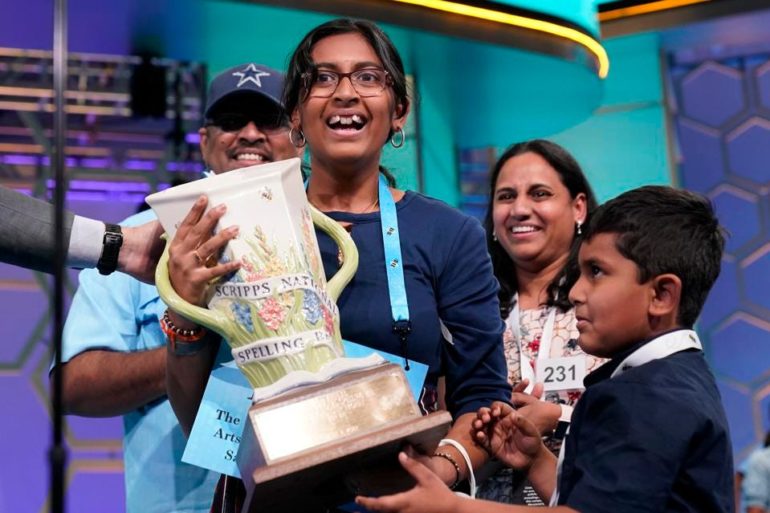 Harini went head-to-head with Vikram Raju, 12, in the first ever spell-off, a format that tested the contestants on how many words they could correctly spell within 90 seconds. Harini came out on top with 21 words correctly spelt.