Not too long ago, we were glued to our televisions to watch British Tamil actresses Simone Ashley and Charithra Chandran, in the highly anticipated second series of Bridgerton.

It’s now time for the boys!

Congratulations to Kieran Logendra, an exceptionally gifted young performer from London, who stars in ‘Avoidance’, in the lead role as ‘Spencer’, the son of Romesh Ranganathan – an English stand-up comedian, actor, writer and presenter of Tamil descent. 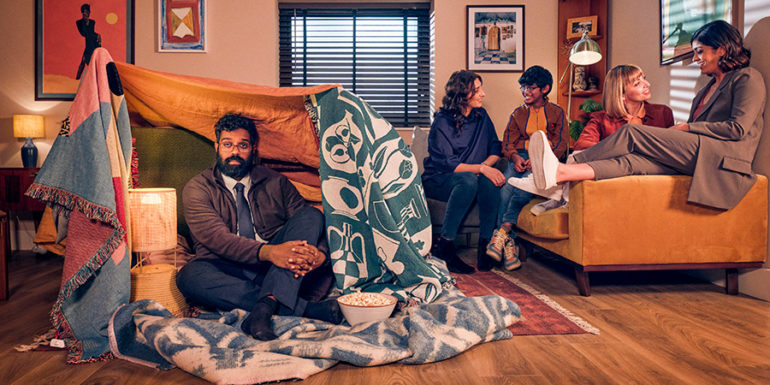 The brand new six part comedy drama series on BBC1, written and produced by @romeshranga and Benjamin Green’s Ranga Bee Productions, airs Fridays at 9.30pm, from the 10th June. Save the date!

Avoidance, a warm and bittersweet comedy series about a man with severe conflict avoidance issues, who is forced to change for the sake of his son.

Jonathan (played by Romesh Ranganathan) and Claire are splitting up – well, technically Claire is splitting up with Jonathan who keeps insisting they just wait for the dust to settle. But she is adamant, and most importantly, they need to tell their nine year-old son Spencer as soon as possible. Jonathan, who is in denial, isn’t ready to, and insists it’s just a blip.