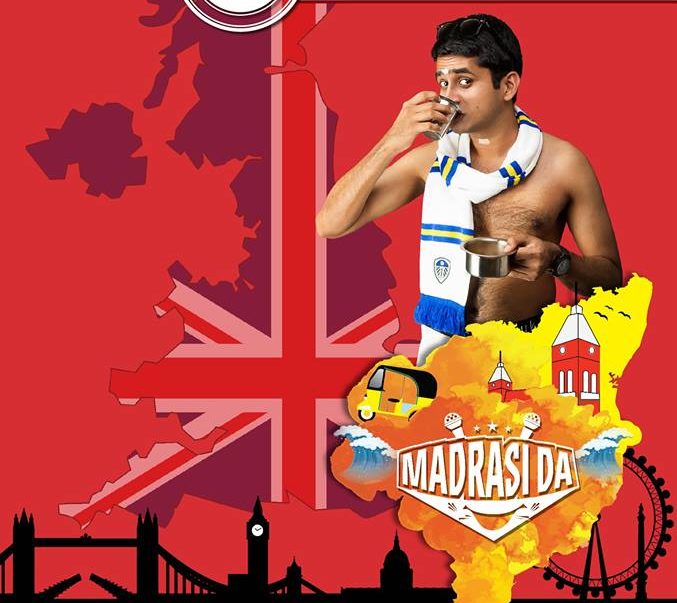 Madrasi Da is a solo Standup Comedy Show by S. Aravind. SA, as he is known to fans and friends, is one of biggest breakout comedians in India.

With over 300 shows under his belt, SA is one of the most bankable comics not just in India, but across the globe.

Madrasi Da has sold out 1000+ seater auditoriums in under 8 hours and is only getting bigger. The show has sold out over 16+ shows across 6 cities in India. He took his solo show even further to Singapore and Australia and even the United States, where he performed in 26 cities in 45 days.

Madrasi Da is now ready to tickle your funny bones in the UK!