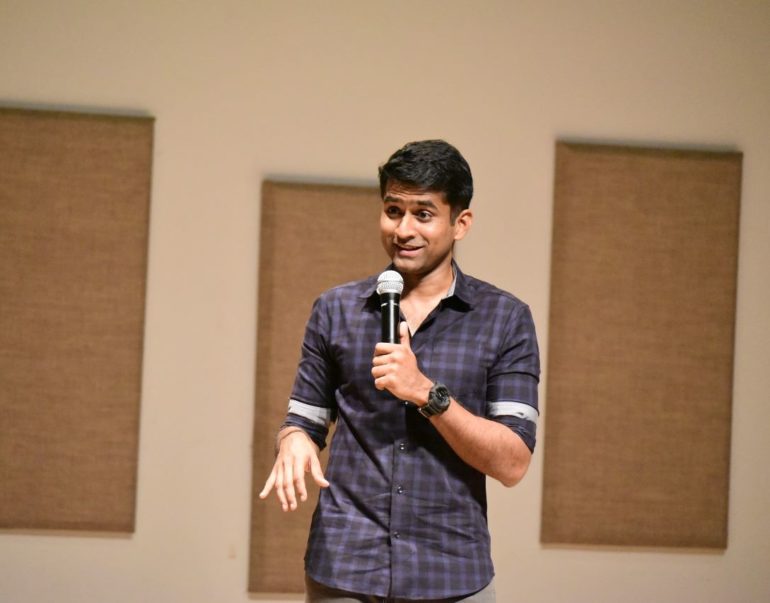 They say that true comedy happens when it is unplanned. A lot of things happened to Aravind SA when he least expected it. From becoming a stand up comic to getting on to Amazon Prime, to becoming viral overnight, every new milestone in his life was a WTF moment for him. And this revelation led him to create his brand new solo special – “I Was Not Ready Da”. Through his new special, SA takes us through a rollercoaster ride filled with personal stories that one would think twice about sharing.

His first solo show, “Madrasi Da”, premiered in the year 2014, and sold 1200 tickets in less than 8 hours, a record in India that every comedian is secretly envious of. The second solo, hit the comedy circuit in November 2017 and did even better and sold 2400 tickets in under 6 hours. Now he is coming to the UK with 3 shows . So buckle up, put your game face on and be prepared to scream out loud – “I was not ready da!”

Aravind SA, is a comedian, filmmaker and the only other person who is known for his ‘lungi dance’ after SRK. A quintessential ‘South Indian’, SA’s humor is simple, yet cerebral, and his energy on stage keeps his audience in a continuous state of splits. A lot of his comedy revolves around real life experiences and that is what makes him the relatable and loveable comedian that he is.