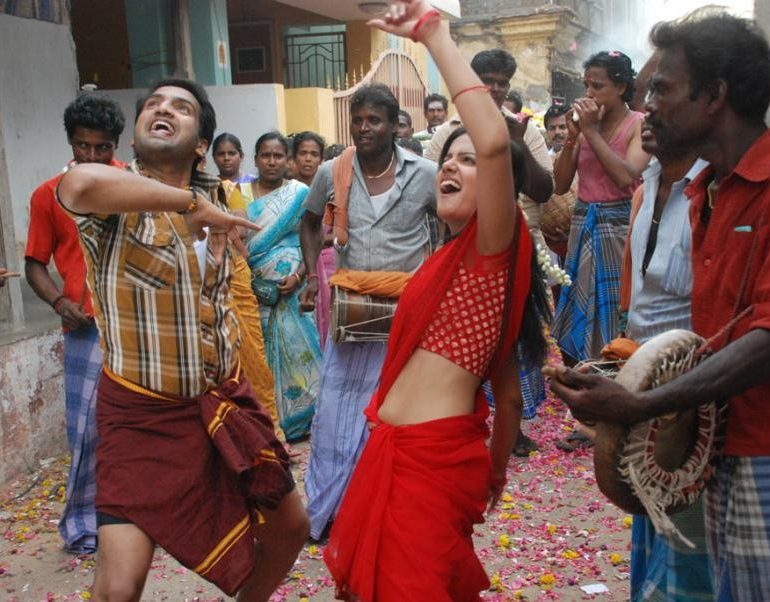 Do the Dappan? For Deepavali? Maybe not!

What do you picture in your mind, when you think of Deepavali? Fireworks, festivals and maybe loads of glorious food. Unfortunately, not me! I think of adverts! In particular, television commercials from Malaysia. Sad, I know…but they are legendry!

Raised in London, I discovered my first Petronas commercial via the Internet several years before I even visited the beautiful country. Recently, a Deepavali commercial titled “Do the Dappan” has upset several across the multi-cultural nation, threatening the company’s reputation amongst the million strong Tamil community in Malaysia. We asked UK-based Malaysian singer-songwriter “Nakkeeran” to explain the current situation.

Every year during festive periods, Malaysian television channels will be filled with commercials from various companies competing to produce the best festival themed commercial of the season. One the major festival in Malaysia is Deepavali (Diwali) celebrated mainly by the country’s Indian (Majority Tamils with a significant population of Telegu, Malayalam, Punjabi, Guajarati & others) Hindu population. As always, Malaysians are showered with Deepavali themed commercials and wishes by companies trying to promote their product and services among the Malaysian Indian population.

One of the major corporations Petronas, the Malaysian National Oil and Gas Company, is distinctively famous for its high quality commercials that are not only entertaining but also promote individual culture as well as racial harmony. Till today many of us do remember some of Petronas’ commercials. For example – ‘Boyz in da Hood’ which was on air during Deepavali in 2003.

Though famous for its previous work, Petronas’ recent Deepavali commercial has caused quite a stir among the local Tamil population. The ‘Do the Dappan’ commercial was first released online a couple of days ago and it was immediately criticized by the local Tamil newspapers. Soon a local NGO followed by saying they condemn the commercial and will stage demonstrations if it goes on air. The Malaysian Indian Congress (the main political party representing Indians – part of the coalition government) demanded that it should be taken off line. The original video in Youtube received over 130,000 views and was bombarded with nasty comments and tonnes of dislikes.

Now, one might wonder what is causing all this commotion. I believe the production company has tried to imitate the formula used by some recent Youtube hits, ‘Why this Kolaveri Di?’ & ‘Gangam Style’. The English song with a Tamil accent and comical dance moves are just the first things that hits you. But some are saying that if you peel through this annoying surface and look deeper, you might notice racial stereotyping disguised under the colour of Deepavali.

Raj – the main character in this commercial – seems to live in a run-down alley where he meets his friend and decides to cheer him up with a song and Dappan Kuthu dance. Then you find him dancing through the streets of Kuala Lumpur with his mates to cheer the city population. You may find that other races are also portrayed in this advert. Though my intention was not to be picky, the clear division between races and job profiles is shown. For example the Malay man in suit, probably a business man or someone in a managerial position whereas the Tamil people are barbers living in run-down alleys. Many are also saying that Dappan Kuthu is meant for funerals and it is not appropriate for this occasion. But frankly, Dappan Kuthu is just a cheerful dance move that can be performed at any occasion and not restricted to funerals alone.

Due to the high opposition from Tamils, Petronas has removed ‘Do the Dappan’ from Youtube but unauthorised uploads still exist. Racial stereotyping or just bad production, please watch it and judge for yourself.