Steve Cliff as a Vocalist At the age of 3 Steve Cliff Valentine started to show his interests in music and joined a german music school, where he got taught the basics of music. At the age of 5 he joined the choir of hismusic school and later a gospel choir, where he developed his singing skills.
As a Teenager a professional vocal coach guided and teached Steve Cliff through his young career.
Under “Gaanasurabhi”,”Isaikkalaimani” Tharmini Thillainathan Steve Cliff learned Sangeetham for 7 years and finished his diploma in the year 2002 and got the title “Sangeethakalajothi”. In the same year he finished his vocal arangeetram with great success. In his arangeetram Prof.Dr.S.J.Emmanuel gave him the title “Kalaikurisil” because of his several talents.
At the age of 10 he started to sing in a famous tamil music group and performed on more than
750 stages all over Germany and Europe. Steve Cliff sung for many dance competitions and even for bharathanatya arangeetrams and is doing sangeetha kutcheries regularly in Hindu temples and on different stage performances.
You can proudly say that SteveCliff works with his childhood friend, the famous music director Princeten, CEO of PrinceDigital International. Steve Cliff sung many songs for the music of Princeten, written by himself, which made them famous all over Europe and Canada.
A major accomplishment of Steve Cliff is, that he is a judge and a vocal coach for Tvi Superstar and Superstar Junior since 2010.

Steve Cliff as a Drummer/Percussionist
Steve Cliff Valentine started to learn the drums in a german music school at the age of 6 and finished his teachers grade after 12 years. In addition to the drums he learned African and South-American percussions from various famous percussionists.
Under Mr. Rajkumar he even learned the mridangam for couple of years, to get familiar with carnatic music. In a young age Steve Cliff joined his school band and a Jazz band guided by his music school teacher. Later he started to play the drums for several german rock & pop bands and for a famous tamil music group in Germany. As a drummer and percussionist he became well known among the german people in his province and all over Europe among the tamil community.
With his knowledge in different music styles of different cultures and his stage experience, Steve Cliff decided to teach young talents, after getting offers at some schools. Under Bharathi Kalaikkoodam and Tamilkkalvikkalagam he taught many tamil students all over Germany and worked as a assistant teacher at the german music school, he initially started to learn the drums.

Steve Cliff as a Music Composer
At the age of 16 Steve Cliff started to explore the world of composing music. He composed many songs about his homeland and also some musicals for dance groups. Due to the influence of diverse genres of music, it is been possible for him to compose different music styles with ease. Hence Steve Cliff composed music for various multicultural artists all over the world and released several music albums. Currently he is working with a lot of playback singers from India. Because of his hard work and passion for music Steve Cliff became a well known singer, drummer, music composer and lyricist in Europe and Canada. 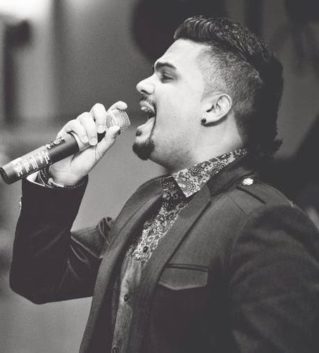