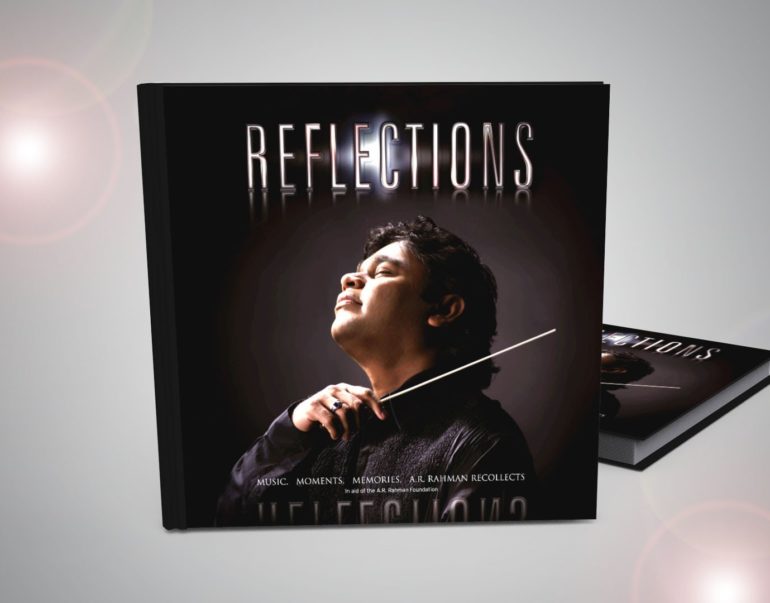 A new book by double Oscar winning composer AR Rahman & photographer Selvakumar.T is set to be launched in Chennai in the next few days. Proceeds from the project will be donated to the Rahman Foundation.

Titled Reflections, the hardcover, coffee table book is a must for AR Rahman fans. A tribute by AR Rahman to many known and unknown singers who have influenced his music in some way. It is also a heart-warming tribute by the singers to the great man who gave them the opportunity to work with him; get exposed to his unique, compassionate and very touching style of working; and who helped them realise their potential which they often did not know they possessed. The superb photographs by well-known photographer Selvakumar T. make this book a visual delight. This book is published by Audio media inc.

Updated with Event coverage video below