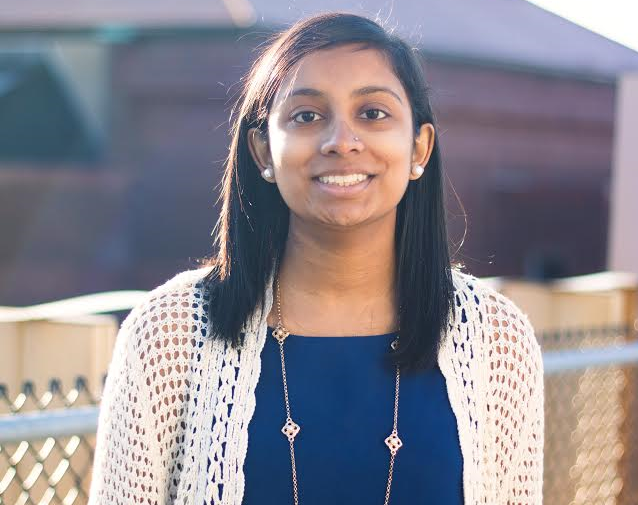 My name is Sivanthy Vasanthan and I am a third year student at the University of Michigan! I am studying Sociology with a concentration in Law, Justice and Social Change. I am part of a Humans of New York style project called Uncover: A/PIA which shares the stories of Asian American and Pacific Islander Americans in Ann Arbor. Uncover: A/PIA aims to give A/PIA students a space to share their life stories and experiences. As we are starting back up for the 2016-2017 school year, the core team of Uncover: A/PIA were asked to share stories of their own. Here is mine.

“All through my life, reality has hit me in waves. The first of those waves struck me when I was 11. I had to do a long-term project on a topic of my choice for my 6th grade class. I chose to study the Sri Lankan Civil War, since my father and his family were Tamil refugees from the war. When I told a girl in my class about my topic, she said, ‘What’s that? That’s stupid.’ It also didn’t really help that her project was on rabbits. But anyway, if I’m being completely honest, I wasn’t even offended. Instead, I was just confused and surprised. How did this girl have no clue about a war that had been going on for more than 20 years and had affected so many Sri Lankans around the world? Soon after, I learned that it wasn’t just my classmates who didn’t know about the war — in fact, almost everyone around me had no idea of it, or frankly, they didn’t care.

One year later, a second wave of reality crashed down on me. In 2008, the civil war in Sri Lanka was still ongoing. 2008 also marked the year that Barack Obama was elected President. I remember being so frustrated about the lack of attention and knowledge on the war in Sri Lanka that I asked my mom if I could write to President Obama and ask him to help stop it. My mom shut that idea down real fast. It was pretty sucky when she had to sit me down and say, ‘Honey, that’s a really good idea, but I don’t think that President Obama can do anything about it.’

The Sri Lankan Civil War ended in 2009. Now, it’s 2016, and most of the world still has no idea of a 26-year-long war that lead to a massive Tamil diaspora. Hell, most people couldn’t even place Sri Lanka on a map. And what’s even more tragic and infuriating is that there are so many other voices and stories of marginalized and oppressed people that are unknown to the rest of the world.

I have been blessed to live a life full of opportunity and privilege, much of which Tamil refugees like my father didn’t have. That’s exactly why I wish to tell the stories of my father, my family and Tamil people whose voices have for too long been silenced and erased. Being a part of Uncover: A/PIA has given me the space to share not only stories of myself and my family but to amplify other unheard voices among the Asian American community in Ann Arbor.

You shouldn’t be discouraged from making your voice heard. Even when it seems like no one cares or that you aren’t being listened to, keep talking. Scream. Yell. Do what you have to do to make your experiences acknowledged and recognized. While it may not seem worthwhile, your efforts will lead to gradual progress and change. I can definitely say that this is true of the diasporic Tamil narrative. Just last week, the Canadian parliament unanimously agreed to make every January as Tamil Heritage month. That monumental step could not have been achieved without the persistence of Tamil voices, actions and endeavors. So remember to speak out. I’m listening. You will be heard.”

This article was originally on Uncover: A/PIA and has been republished with permission. The photos are by Brendon Cho and Eileen Li. To follow their work, please click here.