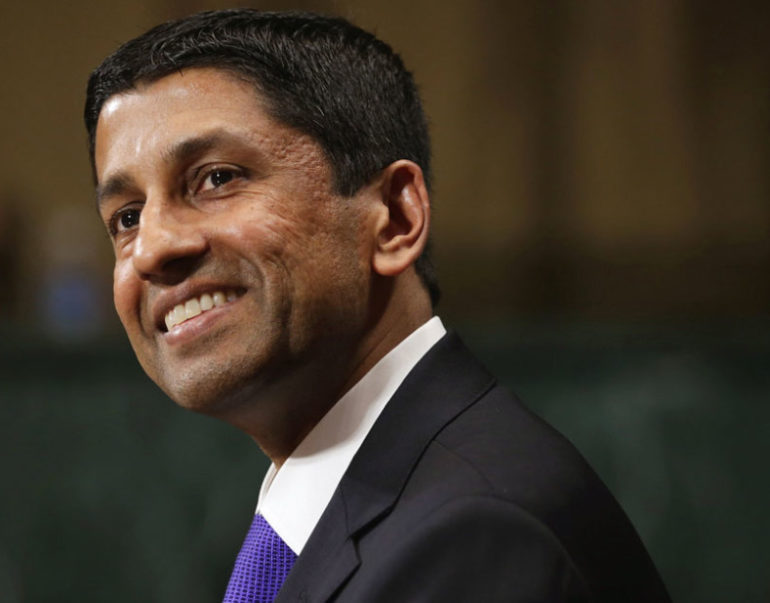 American president Obama has called him ‘a trailblazer who personifies the best of America’. If he is nominated and sworn in as the Supreme Court Justice, Srinivasan, known as ‘Sri’, will break new ground as the country’s first Indian American justice.

American Tamil Srinivasan, 48, has been named as a top choice since 2013 when he was sworn in to the D.C. Circuit, which is seen as a breeding ground for future nominees.

He was born in India as Padmanabhan Srikanth Srinivasan, grew up in Lawrence, Kansas, and went to Stanford, where he earned his undergraduate and law degrees, in addition to an MBA.