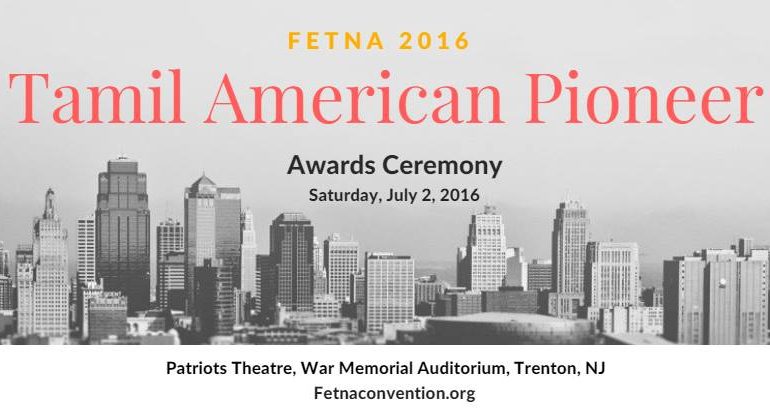 Join FeTNA as we celebrate this year’s recipients of the Tamil American Pioneer Awards (TAP) at the 29th annual FeTNA Convention in Trenton, New Jersey!

Dr. Paramsothy Jayakumar – Scientist, winner of the Department of Defense Scientist of the Quarter award.

Gary Anandasangaree – Member of Parliament with Government of Canada, lawyer and activist.

D’Lo – Actor, writer and comedian – creator of the “Coming Out, Coming Home” writing workshop series, artistic core member of Teada Productions, a co-producer with DisOriented Comedy and on the board for Brown Boi Project.

Established in 2014, the TAP Awards recognizes Tamils in North American in various fields who are passionate trailblazers in their careers, thought-leaders and role models who are paving the way for the next generation.